Jodie Lynne McClintock
“Even in this world full of scum and detritus, it's only right that we all bear our share.”
— Maude Eccles

In her youth, Maude wanted to be a cheerleader, and she nearly made it to the top, but then, according to her words, she discovered a "burnin' passion for justice".

She gives out four bounties for Trevor Philips to track down and bring back to her. The bounties are for Ralph Ostrowski, Larry Tupper, Glenn Scoville and Curtis Weaver. Trevor can choose to kill the targets or capture them alive, to which Maude will pay Trevor $5,000 for killing one and $10,000 for capturing one alive.

After completing all the bounties, she tells Trevor about her dream of having a garden with a white picket fence, a husband, and a dog named Skip and adds that she is retiring.

By 2018, Maude has came out of retirement and put her dream aside to reignite her burning passion for justice. [2] She appears by text message and email in GTA Online as part of a continuation of the After Hours update and will give the player bounty hunting missions, unlocking exclusive content for Red Dead Redemption 2. 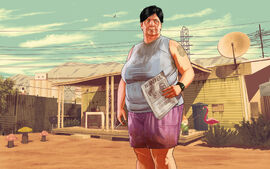 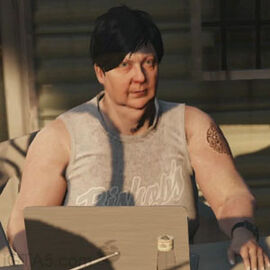 Maude during her first appearance in the official gameplay trailer of Grand Theft Auto V.