View source
watch 04:03
Wiki Targeted (Games)
Do you like this video?
Play Sound
Not to be confused with Marked Men, a mission in Grand Theft Auto: Vice City Stories.

Plaster Blaster
A Drop in the Ocean

In-game time
“This is it, I'm way over my head and I'm starting to drown here! The CIA seem to have a vested interest in SPANK and they don't like us screwing with the Cartel. I'm a marked man, so I'm getting out of here. Get me to my flight at the airport and I'll make it worth your while!”

Marked Man is the final mission in Grand Theft Auto III given to protagonist Claude by corrupt police officer Ray Machowski from the toilet block at the Belleville Park district of Staunton Island, Liberty City.

Claude drops by the toilet block in Belleville Park. Ray tells Claude that he is a "marked man" and needs to escape Liberty City. He wants Claude to take him to the Francis International Airport so he can catch his plane out of the city to Miami. If Claude successfully drives Ray to the airport, Ray will reward him some items.

Claude and Ray have 3 minutes to their way to the airport. However, the Shoreside Lift Bridge is guarded by CIA agents (who are armed with M16s and are able to survive up over twice the amount of damage), so Claude finds an alternate route, one being the Porter Tunnel. Claude drives through the Porter Tunnel, and he and Ray eventually reach the airport to allow Ray to catch his flight. Once they reach the airport, Ray gives Claude the keys to a lockup in Newport, and enters the airport. Claude drives back to the lockup and when he arrives, Ray pages Claude asking him to take care of the bulletproof Patriot. Other equipment, including a rocket launcher, a sniper rifle, an M16, and a flamethrower, as well as some money, are also stored in the lockup as a gift from Ray to Claude.

The reward for completing the mission is $20,000 and the items stored in Ray's lockup, including a bulletproof Patriot and another $20,000. 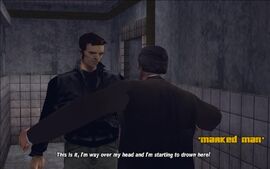 Claude arrives at the public toilets in Belleville Park and is met by Ray. Ray asks Claude if he wasn't followed, to which Claude shakes his head, responding negatively. Ray tells Claude that he is in over his head and is starting to get annoyed. 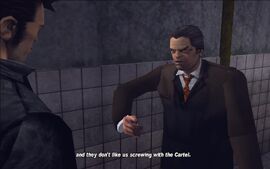 Ray says that the CIA are interested in SPANK and they don't appreciate Ray's recent animosity towards the Colombian Cartel. 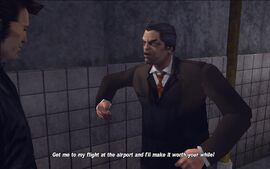 Ray asks Claude to get him to his flight at Francis International Airport in Shoreside Vale. And tells him that if he'll help him out he will be greatly rewarded. 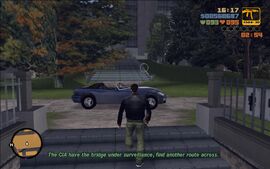 Claude is informed that the Shoreside Lift Bridge is protected by CIA agents, therefore Claude must find another way to travel to Shoreside Vale. 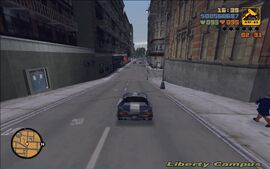 Claude and Ray on their way to the Porter Tunnel in Rockford. 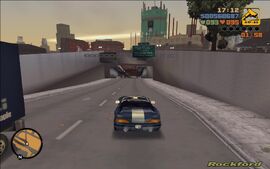 Claude and Ray at the tunnel entrance. 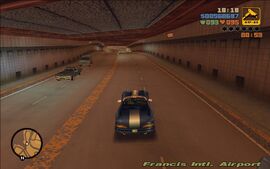 Claude and Ray speeding through the tunnel. 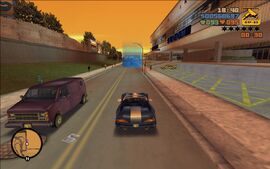 Claude and Ray arriving at the airport terminal. 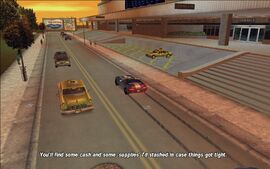 Ray thanks Claude for his help and informs him of a lock-up with some supplies in it. 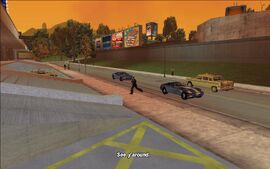 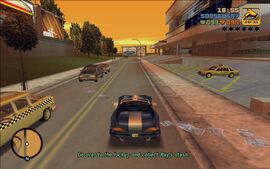 After dropping Ray off, Claude decides to visit the lock-up Ray mentioned. 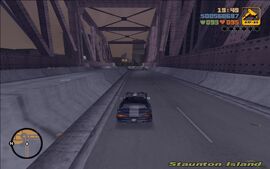 Claude on his way to the lock-up. 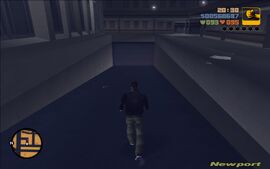 Claude about to enter the lock-up. 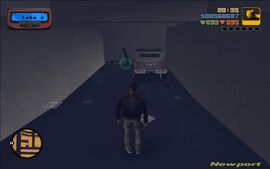 After Claude opens the door to the lock-up, he sees some money, a sniper rifle, an M16, a rocket launcher, a flamethrower and a Patriot. Shortly after, Claude gets a message on his pager from Ray where he says goodbye and tells Claude that the Patriot is bullet-proof. 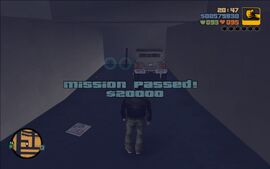 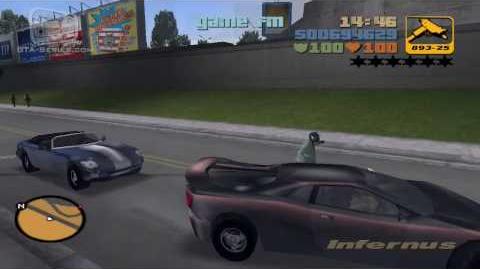 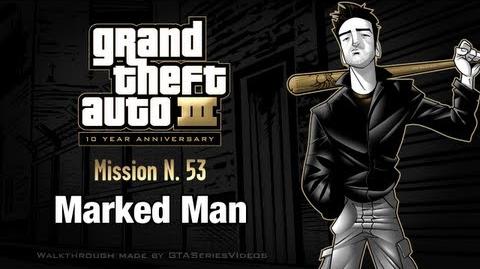