Standard White - 100%
“The phrase “Stop at the top” doesn’t feature in the LS playbook, so a bullheaded little sports car with a high top speed and a non-existent crumple zone is exactly what you need to be right on brand.”
— Career Builder description.
“The Mamba harks back to a simpler time in car design, when the only real question was how much engine you could cram into an elegant frame before it tore itself apart. Judging from the high morality rate Declasse hit a winning formula - but don't take our word for it. Once you hit the freeway and feel that primal roar beneath you as the bodywork starts to disintegrate, you'll know you made the right choice.”
— Legendary Motorsport description.

The Mamba is a classic roadster featured in the first Grand Theft Auto and Grand Theft Auto Online as part of the Executives and Other Criminals update. It is manufactured by Declasse in the HD Universe.

In Grand Theft Auto, like its counterpart, the Beast GTS, it is based on a Dodge Viper. The car is distinguished by its curvy rear and open top.

The Mamba returns to Grand Theft Auto Online and is based on the AC Cobra (MkIII), seen on the front fascia, front grille, headlight arrangement and rear fascia. The circular tail lights and the sport rims appear to be strongly influenced by the Factory Five Racing Mk4 Roadster, a replica of the Cobra.

The Mamba features a large grille and the iconic circular headlights defined in the front, together with two smaller spotlights mounted into the front grille that work as high-beam lights. A large intake can be seen on the hood.

On the side profiling, two vents can be seen on the front fenders, as well as large side mounted exhausts making their way down the sides, past the doors. In the greenhouse area, chrome lining finishes the curved window, followed by small, vintage chrome mirrors. It also features the iconic chrome rollbars curved behind the seats.

On the rear section, the car assumes a more traditional appearance, featuring a wider profile, circular tail lights and the license plate on the trunk. A fuel cap can be seen on the left corner of the trunk, as well as the manufacturer's name above a chrome line on the rear end. The trunk has two straps to hook in when closed.

The primary color of the car is applied on the body and the seat stitching, while the secondary color is applied onto the fender vents. The vehicle may have three different variations:

The car has a high top speed, handles well, but suffers from low durability.

The Mamba is powered by a high-displacement V8, apparent by the website description, sound, and in-game model. The vehicle has limited traction around tighter corners that would require the use of a handbrake, meaning the car takes a relatively long time to set off without wheel spinning. While the car has average traction, its steering is pretty sensitive, though an experienced driver can recover spin outs easily, and thus does not pose much of a problem for the vehicle.

The car has a high top speed, reached in a relatively long amount of time and braking is pretty fair; the car's traction means the car takes a while to come to a full stop. It has fragile durability and can only take a couple of hard collisions before the Mamba's performance becomes affected.

The Mamba as seen in the trailer.

Official screenshot of the Mamba. 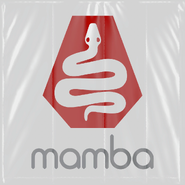 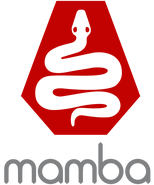 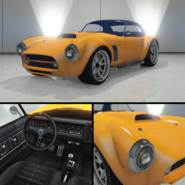 The Mamba on Legendary Motorsport.

The Mamba on the updated Rockstar Games Social Club.

The Mamba in the cinematic preview on Rockstar Games Social Club.

3 heavily modified variants of the Mamba may appear in Vehicle Cargo source missions. Each variant has a unique license plate number, colour combination and different set of bodywork modifications.