MOTOMAMI Los Santos is a radio station featured in Grand Theft Auto Online as part of the The Contract update.[1]

“An all-new station, MOTOMAMI Los Santos hosted by ROSALÍA and longtime Rockstar collaborator Arca, plays everything from artists such as Caroline Polachek to Daddy Yankee, Mr. Fingers, and Aventura, as well as ROSALÍA's first single from her forthcoming MOTOMAMI album, “LA FAMA” with The Weeknd, tracks from Arca, and an exclusive song from Bad Gyal produced by The Music Locker’s own Keinemusik, and much more.”
— Rockstar Newswire

The station is hosted by Spanish singer & songwriter ROSALÍA and Venezuelan musician Arca. The station commenced broadcasting on December 15, 2021.

ROSALÍA and Arca often speak and address their listeners in Spanish, but sometimes will also speak in English, switching between sentences. 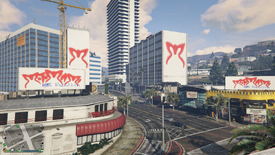 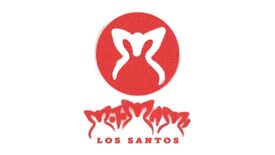