Standard White - 100%
“On the one hand, it's a pinnacle of British car design: conservative, luxuriant, anally retentive. On the other though, it's brash, liveried, track-ready. Impossible? Put your hands together, and meet the Ocelot Lynx: like getting mugged by someone in a top hat, it's an experience you'll never forget.”

The Lynx seems to be heavily based on the Jaguar F-Type, seen particularly in the overall frontal fascia, side profiling and rear portion. It also vaguely resembles an 2012 Aston Martin Vanquish, and DB11 in the headlights, front bumper, and small hints in the rear. The race-type options and rim design seem to emulate the GT3 concept.

The Lynx assumes a similar body design as cars like the Massacro and the F620, where the front features a thin grille with the Ocelot logo centralized in it, while the lower portion takes a wider approach and has a carbon-fibre splitter, which is fitted into the bumper. Black side intakes and headlamp housings are seen on the edges of the car, with the latter holding circular main lamps and smaller amber light strips. The bonnet is relatively simple and features a slightly elevated centre.

On the sides, large vents can be seen on the front fenders, along with ridged skirts at the bottom. The greenhouse area features black window trim, black B-pillars, a plastic strip holding the windscreen wipers and body-coloured mirror shells over black frames. The boot hatch has a curved rear window.

The rear of the car features a small boot lip over the tail lamps and the silver lettering displaying the car's name. The license plate is located at the top of the bumper's curve and two exit vents on the outer edges, while twin exit, twin exhaust tubes are found mounted underneath the arched bumper, backed by carbon fibre. The interior is shared with the F620 and Massacro.

The car is prominently painted in a primary colour that also affects the interior stitching, while the roof panel and the mirror shells are painted in secondary. The car uses unique split seven-spoke rims wrapped in low-profile tyres. 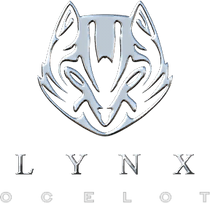 The Lynx performs well thanks to a large amount of torque, but it is still easy to catch up to, particularly in drag races, although its handling and superb acceleration make it a suitable vehicle for competitive races. The car's main disadvantage is its ability to corner; the car tends to understeer, even with little to no throttle, although this should not be problematic in good hands. The car's large amount of power means even its traction cannot contain itself when setting off with average amounts of throttle, so being gentle is advised at times. Even so, it is still outclassed by better vehicles under the Sports category in terms of Races.

The car features a V8 engine cover with embossed 'Lynx' brand names marked on, coupled to a 6-speed gearbox and powering the rear wheels. The engine sound seems to be a higher-pitched version of the Schwartzer or the Schafter V12. 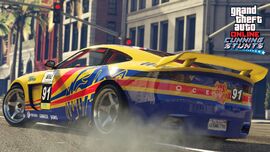 Official screenshot of the Lynx. 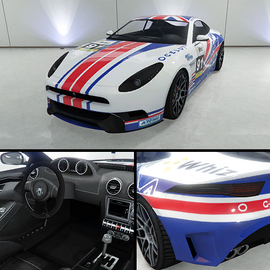 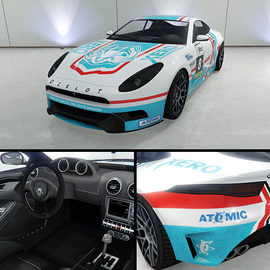