Luck of the Irish

Luck Of The Irish

Niko Bellic watches over the meet with a Sniper Rifle.

In-game time
“I need someone no one knows to oversee a deal I'm not sure about.”
— Elizabeta Torres

Luck Of The Irish is the first mission given by Elizabeta Torres in Grand Theft Auto IV. This mission serves as a Sniper Rifle tutorial.

Elizabeta asks Niko to keep watch over a deal involving Patrick McReary that she isn't too comfortable with.

Niko heads over to the building on Joliet Street. He heads up the stairs and collects the Sniper Rifle from the corner the player exits. The player then goes around the escape and steps into the yellow marker. The game then gives a tutorial about how to use a sniper. Packie arrives with the "stuff." The dealers then begin to shoot at Patrick and his unnamed associate. 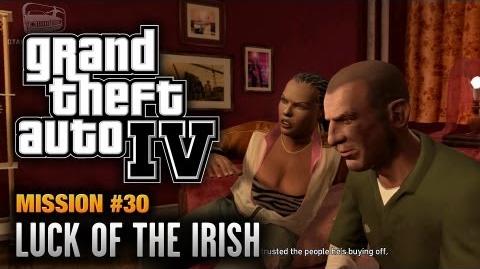 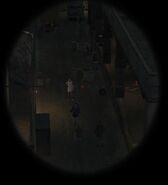 Niko watching Packie and his associate.