Lost in Transit is a Casino Work mission featured in Grand Theft Auto Online as part of the The Diamond Casino & Resort update. It is a freeroam mission given to the player by Agatha Baker.

Ms. Baker informs the protagonist that the GPS tracker on a security van, which was supposed to arrive at the casino, has gone offline. She asks if they could take a look at what happened.

The protagonist is tasked with going to a semi-random location, such as Cypress Flats, Little Seoul, or Rancho. There are a few possible locations in each of these areas. When near the location, a large search area will appear on the map and the missing Stockade must be found - the sound of gunshots can be followed.

Once the van is located, the protagonist finds out the van has been intercepted by enemies - these can be Lost MC members or other gangs. They must take out all hostiles, after which they are tasked with taking the van and delivering it to the casino.

“Hey, the tracker just showed up again. What happened. Actually, don't answer that over the phone. Just get it back asap.”
— Ms. Baker

During the drive to the destination, enemies will pursue the van, either on Zombie Choppers, in Banshee 900Rs, or in Kurumas, depending on the gang. Once the security van is delivered to the casino, the mission is completed and Agatha calls them to end the job.

“Thanks. Really. You've saved us an invoicing nightmare.”
— Ms. Agatha
“Are those bullet holes in the side? No, no, don't answer that. Thanks.”
— Alternative call

In an alleyway between Popular Street and Orchardville Avenue.

In an alleyway between Orchardville Avenue and South Shambles Street.

On some train tracks, east of Orchardville Avenue. 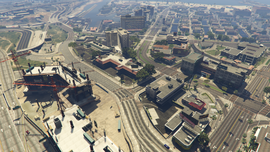 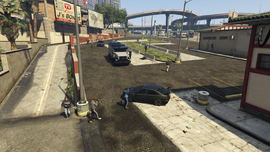 In an alleyway between South Rockford Drive and Calais Avenue. 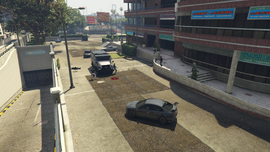 In an alleyway between Ginger Street and Palomino Avenue. 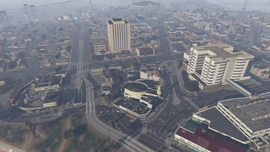 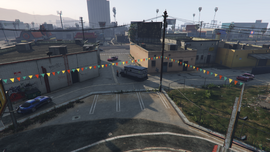 In an alleyway between Innocence Boulevard, Strawberry Avenue, and Forum Drive.