The Vapid Lost Slamvan (formerly named Slamvan) is a compact low-rider van appearing in The Lost and Damned, The Ballad of Gay Tony and, as part of the Heists Update, Grand Theft Auto Online.

The Slamvan resembles a Rat Rodded 1953–1956 Ford F-Series panel van. It appears to have the windshield and door tops from a 1980's Ford F-Series.

The vehicle is depicted as a classic van featuring a chrome bumper with overriders, and a chrome dual-split grille. Circular lamps can be seen on the outer edges, having small extensions above them. The hood protrudes from the rest of the front and features a detail on the center. The sides have bulky fenders, driver-side exhaust and small side steps, while the cabin area makes use of handles, classic rear-view mirrors and window trim finished in chrome. A large rear compartment with an elevated roof can be seen, along with a sunshade with chrome details on it. The rear of the car uses a set of doors with chrome handles and window trim, while the section below these use circular tail lights, although like most other vehicles in the game, the Slamvan has no reversing lights, nor does it have licence plates. A chrome bumper can be seen at the bottom.

In The Lost and Damned, the Slamvan is the gang car of The Lost MC and therefore, it bears the Lost's insignia and tribal-like markings around. The vehicle usually appears in an all-black body color with red wheels, though it can be repainted in a Pay 'n' Spray to at least three other colors, with the primary one on the lower half and the secondary color on the hood, cabin and rear compartment. It shares the same wheel design as the Towtruck, with plain rims and white-wall tires.

In Grand Theft Auto Online, the Lost Slamvan assumes the same design as the EFLC iteration, but has linear tail lights and a plate holder with a license plate is attached to the passenger side of the rear bumper.

Again, the vehicle is the gang car of The Lost MC, but has additional liveries:

The Lost Slamvan is only available in a black body with red wheels, although it retains the same color distribution as before. Its wheel design is also the same, being a derivative of the "Classic Rod" muscle wheels, though the white-wall tires are absent. 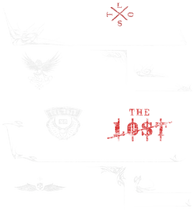 The Slamvan's performance is below average, being attributed largely to its poor acceleration, although the van can achieve average speeds. The van's rear wheel torque makes it prone to fishtailing, but it is capable of relatively good cornering and braking, presumably because of its light weight. In TBOGT, the van occasionally backfires when shifting gears.

The engine model is rather fancy compared to other similar engine models, bearing chrome finishing on the carburetors, red lining and polished camshaft covers. Its engine sound is high-revving and noisy, being a higher-pitched variation of the Towtruck's sound (likely the result of a customized engine).

The Lost Slamvan performs rather similar to the Slamvan, having average top speed, matched with very poor brakes and traction. However, it seems to have improved acceleration. It is also slightly heavier due to the compartment on the rear.

The Lost Slamvan has a customized V8 with 4 double-barrel carburetors, which sounds similar to the Duke O'Death, The Liberator, and Marshall.

A beige/grey Slamvan in The Lost and Damned.

A Slamvan in The Ballad of Gay Tony.

A uniquely colored Slamvan that sometimes appears in Gang Wars.

Another uniquely colored Slamvan that sometimes appears in Gang Wars.

The Lost Slamvan on the updated Rockstar Games Social Club, which was incorrectly used as the preview image of the Slamvan Custom.

The Lost Slamvan in the PS3/Xbox 360 versions of the game. Note that the dashboard is simplified.

To obtain a Slamvan, one needs to spin the Lucky Wheel in The Diamond Casino & Resort. If it lands on a Mystery Reward, there's a ~14.3% chance it will reward the player with something from the vehicle category, and a ~0.72% chance of it being a Slamvan. The overall probability of winning the car is equal to ~0.005%, or about 1 in 20,000, which makes it the rarest vehicle in the game.