It is presumably a middle class neighborhood, with an ethnically diverse population. Several stores have neon signage written in Korean, making Little Seoul have a distinct atmosphere reminiscent of the real Seoul in nighttime. 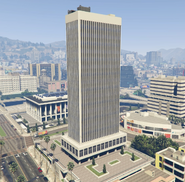 Retrieved from "https://gta.fandom.com/wiki/Little_Seoul?oldid=842956"
Community content is available under CC-BY-SA unless otherwise noted.