Lions of Fo are collectibles in Grand Theft Auto: Chinatown Wars that assume the appearance of statues of a Chinese guardian lion.

There are two randomly placed Lions of Fo out of 20 possible locations. Before being made available, their possible locations are represented in-game by swirling blue dots on the ground - these do not serve any other purpose. The Lions can only be found after completing the mission Salt in the Wound. Finding both is required for 100% completion.

In the Nintendo DS and PSP versions, finding them unlocks the Xin Shan missions downloadable from the Rockstar Social Club, but the missions are not required for 100% completion. Due to a lack of Social Club compatibility, the iOS version omits the Lions and makes the Xin missions automatically available. In the Android version, you still have to find the two lions, but just like the iOS version, the Xin missions are unlocked automatically after collecting the Lions of Fo.

"Lions of Fo" may be translated as "Buddhist Lions" (佛狮) or " Lions of Blessing" (福狮) in Chinese. 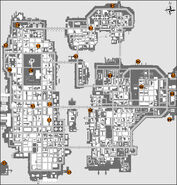 A map with the locations of the Lions of Fo

Artwork of Lions of Fo 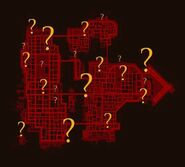 Official map (the "?" in the bottom right corner doesn't spawn a lion)
Add a photo to this gallery

Retrieved from "https://gta.fandom.com/wiki/Lions_of_Fo?oldid=1203724"
Community content is available under CC-BY-SA unless otherwise noted.