In The Air Tonight

Armando: "Do you think you're hero enough to bring back the dead?"
Vic: "Where are they Armando?"
Armando: "They're upstairs, resting... in peace. Would you like to join them?"
Vic: "If you've hurt them..."
Armando: "Señor, I assure you, they didn't feel a thing. Unfortunately, the same will not be said of you."
— Victor Vance confronts Armando Mendez before their final battle

Light My Pyre is the final mission in Grand Theft Auto: Vice City Stories given to protagonist Victor Vance by his brother Lance Vance from his apartment in Ocean Beach, Vice City.

Victor Vance goes to Lance's house in Ocean Beach expecting to meet Louise Cassidy-Williams, however, when he arrives he finds his brother. Louise's sister, Mary-Jo, turns up and informs Victor that her sister has been kidnapped by Armando Mendez and is being held at the Mendez Mansion on Prawn Island.

After a brief argument, the Vance brothers leave and are confronted by two Mendez Cartel gang members. They destroy Lance's Infernus with a rocket launcher before driving off, being followed by the Vance brothers.

Despite more attacks from members of the Mendez Cartel, the Vance brothers manage to reach the Mendez mansion. Lance enters the mansion, leaving Victor to kill the Mendez goons outside. Victor makes his way inside and finds Armando, who tells him that both Louise and Lance are dead, and then attacks Victor with a flamethrower. Victor kills Armando and goes upstairs to rescue his brother and Louise.

He finds Lance unconscious and Louise mortally wounded by gunshots caused by Armando. In her dying moments, Louise explains that her relationship with Vic could have been special, and Vic reminds her that their relationship was special. Louise asks Vic to make sure Mary-Jo takes care of her child before she succumbs to her wounds and dies. Vic, in despair, is approached by an awakened Lance, who explains that Louise was not right for him and that family matters. However, Vic is too despondent to respond to Lance, and walks away while Lance reassures himself that he can make it.

Ricardo Diaz: One bastard Mendez down - one to go! I know just the way to smoke him out...

The reward for completing the mission is a $2,500 and the mission Over The Top is unlocked. 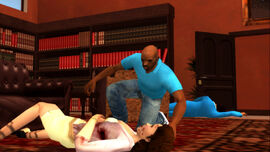 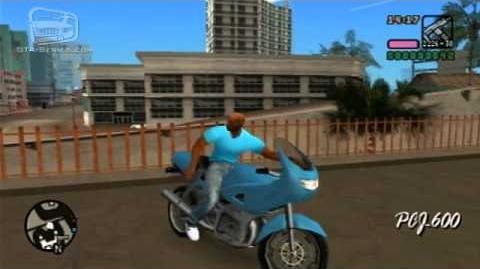