GTA Wiki
Register
Don't have an account?
Sign In
Advertisement
in: Businesses, Articles with sections under construction, Pages with unsourced statements,
and 11 more
English

"Invasion never felt so good"
"It's not technology, it's your life!"
"Social self respect"
"Putting your personal life in the public domain"
"Dock and Dock again"

Facebook
“Social networking and data mining service. The reason the world never gets anything done any more.”
— Description at LCN.com.

Lifeinvader is an online social networking service and company in Grand Theft Auto V and Grand Theft Auto Online.[1] The website is not interactive in the latter game. They are also featured on the LCN stock exchange website in GTA V.

It was founded by CEO Jay Norris in his parents' house. According to him, the average Lifeinvader worker's age is 14.4 years.

Lifeinvader is a largely popular social networking site that was either created, or spiked in popularity, between 2010 and 2013, as there is no evidence of its existence in Grand Theft Auto IV and its episodes, nor Grand Theft Auto: Chinatown Wars, which are set in 2008 and 2009, respectively. It allows its users to post blogs and "stalk" (a take on Facebook's "like") others to receive their posts and updates on their timeline. As of 2013, Lifeinvader had reached a billion registered users.

Each of the three GTA V protagonists have their own viewable Lifeinvader profile. Throughout the story, characters will post on their timelines regarding events that took place during missions. As an easter egg, Niko Bellic has a profile, however it is only viewable on Jimmy's laptop screen and cannot be accessed on the in-game internet. Several other GTA IV characters also have profiles.

Their headquarters, known as the Lifeinvader Office, are located in Rockford Hills, Los Santos, and are made accessible in the mission Friend Request. It is based on the Sonya Dakar Building in Beverly Hills, California. Suspiciously, there is some whiteboard writing in the offices that reads "IAA backdoor."

It is a parody of Facebook, while the interface is based on the old Facebook Wall instead of the current Timeline.

Its name is a joke referring to invading other people's lives, also known as stalking (which incidentally, is also Lifeinvader's analogous term to Facebook's "Like"). It may also be a reference to the lack of privacy in social networks. The website also satirizes internet memes.

Lifeinvader also manufactures a tablet known as the "efriend". Not much is currently known about it. It may be parodying the unsuccessful, real-life Facebook Home phones, and the Fleshlight Launchpad (an iPad case that has a fleshlight installed), which were phones optimized for Facebook and having integrated options for the social network. It currently sells for $799, though the player cannot buy it.

According to the released commercial, the device appears to be a combination between a regular tablet and a fleshlight that can be used to "Dock" with other users in the social network. "Docking" is a sexual term for putting a man's penis on another man's penis. This is another example of Rockstar's sexual humor. 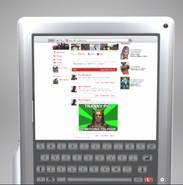 “We have invented something no one else has ever thought of. A small personal computerised device. Now you're able to stay docked twenty-four seven. On the bus. You can dock. On the subway. Stay docked. You can be docked in at home, and at the same time, you're docking with some kids at the public pool. We went to the guys at Fruit Computers and we told them we wanted to make our hardware as compatible as possible... Now you can dock your Lifeinvader to an iFruit or any other device, and it'll take all the data off and reformat it into Lifeinvader-friendly information.”
— Jay Norris

Lifeinvader was planning on making its own cellphone. It was supposed to be compatible with other competing devices such as iFruit and steal data off of them. However, the prototype was destroyed by Michael De Santa (by order from Lester Crest) in an effort to kill the CEO Jay Norris.

Unlike Lester's other assassination missions, where the targeted company's stock will eventually rebound to its former levels, with great potential for the player's profit, Lifeinvader stock never recovers throughout the course of the story mode.

Lifeinvader has at least six distinctly different versions, each with different layouts and terminology. 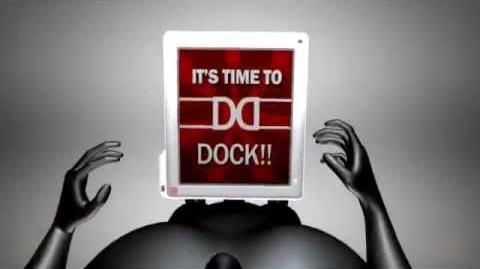