The company plays a small role in both GTA IV and GTA Chinatown Wars, and appears as a relatively minor delivery company in comparison to Post OP and Alphamail.

They appear to have headquarters based in Middle Park East in a large public building, the Liberty State Delivery Building. They also have a large warehouse in Port Tudor. The company livery is seen on Yankee trucks. It also appears on static articulated trailer props around the map, particularly around the docks of Broker and Alderney, and in the cargo area of the FIA. Several are located outside its warehouse in Port Tudor. 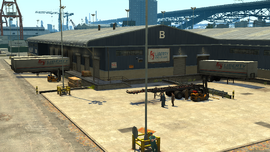 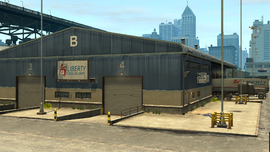 Another view of the warehouse. 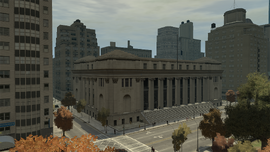 The Liberty State Delivery Building in Middle Park East, Algonquin.
Add a photo to this gallery 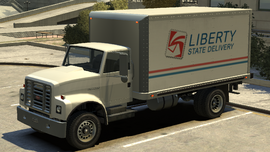 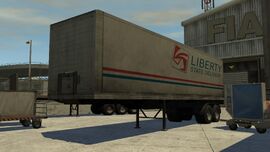 A Liberty State Delivery Trailer in GTA IV.
Add a photo to this gallery

Retrieved from "https://gta.fandom.com/wiki/Liberty_State_Delivery?oldid=1157518"
Community content is available under CC-BY-SA unless otherwise noted.