GTA Wiki
Register
Don't have an account?
Sign In
Advertisement
in: Gangs, Gangs in GTA IV, Gangs in The Lost and Damned,
and 3 more

They operate out of the Chinatown district in Algonquin as well as parts of Dukes in Liberty City. They are mostly involved with drug shipping. The LCPD database states that there are three different sets of the Triads. The most important group of Triads are under Hsin Jaoming and his son Chan Jaoming. Another group is led by Wu "Kenny" Lee and his nephew Huang Lee. The third group is controlled by Zhou Ming. The Jaoming Family is said to supply the The Angels of Death and Korean Mob with narcotics.

The Algonquin Triads are first encountered in the mission Harboring a Grudge, where Niko Bellic and Patrick McReary ambush a drug shipment at the docks in Algonquin organised by the Triads and steal a truck loaded with cloned meds.

Later, in the mission Truck Hustle, Niko steals a truck containing heroin from the Algonquin Triads, acting on behalf of Pegorino Family associate Phil Bell, after word gets around town that the Triads are scared that their heroin is cursed.

In the mission Action/Reaction, Johnny Klebitz and The Lost Brotherhood destroy the Angels of Death Clubhouse and steal their heroin in retaliation for the murder of Jason Michaels in Broker. After an attempt to offload the heroin leads to Johnny narrowly escaping an LCPD sting, The Lost decide to sell the heroin back to the Algonquin Triads, after Jim Fitzgerald reveals that the Algonquin Triads originally smuggled the heroin into Liberty City through a cargo ship called the Platypus, before it was stolen by the Angels of Death, who then inform the Triads that The Lost have their heroin. Unfortunately, the heroin deal turns into a Triad ambush, with Johnny and Jim escaping, Billy getting himself arrested by the LCPD, and the Triads reclaiming their heroin. The Triad ambush on Johnny Klebitz and Jim Fitzgerald is led by the same Triad gangster who had previously met with Tony and Luis to discuss business.

The Algonquin Triads are only encountered, mission-wise, in Chinese Takeout. Luis and Tony Prince head over to a high-rise building in Chinatown, as Rocco has promised a Triad gangster that they can resolve a licensing issue for them with the planning department. This mission also confirms the fact that Billy Grey betrayed the Lost Brotherhood by luring them into a Triad ambush.

Luis assaults the Triad gangster after he pulled out a gun on the two of them, and both escape the building, which is still under construction, following a shootout with the Triads.

Rocco later reveals at the public toilets in Middle Park that the Triads are still hostile with them over the shootout at the Dragon Heart Plaza construction site.

Just prior to the events of Chinatown Wars, Mr. Lee, father of Huang Lee and top contender to replace the retiring Hsin Jaoming as Triad leader, is murdered under mysterious circumstances in Kowloon. Huang travels to Liberty City in 2009 to deliver his father's sword, Yu Jian, to the new head of the Lee family, Uncle Wu "Kenny" Lee, who intends to present it to Hsin in order to gain favor for the position of Triad boss. Unbeknownst to Hsin, the sword is actually worthless, its tradition having been invented by Mr. Lee after he won it in a card game. As Huang Lee arrives at Francis International Airport, he is ambushed by several mysterious thugs, who steal the sword and leave Huang for dead.

Having fallen out of favor with Hsin for the loss of the sword, Kenny enlists his nephew's help in regaining lost territory and reputation, while Huang continues his search for both the thieves who stole Yu Jian (leaving him for dead) and the identity of his father's killer. He goes on to work for top Triad lieutenants Chan Jaoming, the feeble-minded son of Hsin with a penchant for street races, who often employs Huang to clean up his mistakes - including rescuing Chan from the Irish-American Killers, who have kidnapped him, destroying Chan's contraband before the FIB get their hands on it, and using Huang to wipe out a large number of Chan's entourage in a surprise ambush at Happiness Island after it was revealed that one of his top men was an FIB informant - and Zhou Ming, a narcissist who sometimes displays borderline psychotic behavior and is involved in audacious endeavours, including committing a bank robbery and using a Chinese Red Dragon costume to escape the police, arranging for Huang to hijack an ambulance containing an old friend of Zhou's from Francis International Airport which is then delivered to his club in East Island City, and sending Huang to retrieve the cargo from his destroyed contraband boat. The Algonquin Triads also frequently come under attack by the Spanish Lords, who have long been enemies of the Triads. The Spanish Lords interfere with Triad business in many ways: by turning on Chan and Huang at a drug deal between the two parties in Northwood, by attacking Uncle Kenny's merchandise at his East Island City warehouse, and by sabotaging a speedboat that Chan had stolen from them, leading to an attempt to assassinate him on open water.

The Triads also become close business partners with the Mafia, likely the Messina crime family, to the extent that Huang helps Hsin's business associates in the Mafia smuggle contraband merchandise into the city. Huang Lee later inadvertently sabotages the Triads' truce with the Messina's, after almost killing Jimmy Capra, a made man in the Messina crime family, on Rudy D'Avanzo's orders. In order to redeem himself, Huang assassinates Rudy D'Avanzo.

It is also revealed throughout the game that the Triads employ the help of the Korean Mafia as hired muscle, probably in a similar fashion to the Ancelotti Crime Family using the Albanian Mob as hired muscle, or the Pegorino Crime Family using the McReary Crime Family as hired muscle. However, during the events of the game, Huang discovers, through the help of the undercover detective Wade Heston, that the Koreans want to become independent of the family, and that they also might have been involved with the robbery of the Yu Jian Sword. Because of this, Huang performs several attacks against the Koreans, such as causing a carnage to put one of the Koreans in jail, beheading two of their members and destroying one of their main bases. The Korean Mafia gradually grow weaker due to the actions of Huang and the Triads, leading to Hsin dispatching Huang to destroy a weapons shipment at the docks, out of fear that the Midtown Gangsters might use the weapons against the Triads, and the Midtown Gangsters losing control of a protection racket at a Castle Garden construction site to the Irish gangsters, prompting Zhou Ming to dispatch Huang to drive them out.

Hsin's insistence that a federal informant is compromising Triad business leads to severe retribution. Under Hsin's orders, Huang executes several Triads suspected of being the rat, and a brief war between the Triads and the Korean Midtown Gangsters, who had long been loyal to the Triads, follows. With the aid of LCPD detective Wade Heston, Huang discovers that a sect of the Midtown Gangsters, a group of assassins known as the Wonsu Nodong, was responsible for the theft of Yu Jian and harboring the FIB rat. Hsin enlists the services of private investigator Lester Leroc, who Huang helps to infiltrate the Angels of Death, following rumours that the rat might be within their ranks. Huang is also tricked by mobster Rudy D'Avanzo into doing his bidding, under the pretense that he will get concrete evidence that proves Jimmy Capra to be the rat, not realizing that D'Avanzo is using him as his muscle in his war against the Messina's.

Ultimately, a document recovered by Heston names both Chan and Zhou as rats. Huang informs Uncle Kenny of this, and as Hsin ordered the deaths of both Huang and Uncle Kenny for suspecting them to be rats, Huang and Uncle Kenny take on Hsin's men as they make their way to Hsin's penthouse and inform him of the news. Hsin, shocked at the news, orders the deaths of both Chan and Zhou. Huang kills them on Hsin's orders, because of an oath he delivered to The Tongs. Hsin promptly passes Triad leadership to Uncle Kenny and announces his intention to retire to Macau.

However, Heston learns the document incriminating Chan and Zhou was a fake, and at a meeting on Charge Island, Huang discovers that his uncle Kenny is the rat, murdered his brother, the father of Huang, and orchestrated the theft of Yu Jian with the Koreans. Huang pursues Kenny to Hsin's mansion, where he injures Hsin with Yu Jian, the weapon having been in his possession all along. Huang takes his revenge and kills Kenny, leaving the Triads without a leader. The wounded Hsin offers the position to Huang, who does not respond.

The Triads are seen to drive a number of customized vehicles from 2008 to 2009, the time periods of Grand Theft Auto IV and Chinatown Wars.

In GTA IV, a Triad variant of the Feroci, known as the JDM VIP, can be seen driven by Triad gangsters in Chinatown, Algonquin. It features a chin and spoiler not seen on standard Ferocis, as well as gold rims, a dark blue paintjob, and Chinese knotting hung from the rearview mirror. It displays superior performance to the standard Feroci.

In addition to the JDM VIP, the Triads also drive custom variants of the Intruder known as the Intruder VX, which sport a red paintjob, sideskirts and a spoiler, and the same knotting seen on the Triad Ferocis. Both of those cars play Electro-Choc or Radio Broker by default.

In Chinatown Wars, the custom Ferocis and Intruders have seemingly been replaced by a custom variant of the Hellenbach. Painted in the Triad's signature lavender purple, it features a white stripe running the length of the car, large bumpers and sideskirts, blue neon underglow visible only at night, and nitrous-enhanced top speed. It can be seen patrolling Triad territory in Cerveza Heights, Chinatown and Lower Easton and typically contains one or two Triad gangsters armed with SMG's. In this game, they listen to Prairie Cartel, Sinowav FM or DFA.

Additionally, other gang cars appear in GTA Chinatown Wars. These include a Triad Admiral variant, that is seen parked around Cerveza Heights. This one has a different engine and horn sound from the regular Admiral and plays the DJ Khalil or Alchemist radio stations by default instead of the Admiral's Truth & Soul. Another car used by the Triads is a tuned Comet variant, this one has a better top speed from the regular Comet, and has a red neon underglow at night. It is used solely by the Jaoming Family, and as such can be found only in missions involving them and in rampages involving them. It plays Deadmau5 by default.

JDM VIP variant of the Feroci driven by the Algonquin Triads in GTA IV.

The "VX" variant of the Intruder driven by the Triads in GTA IV.

A render of the custom Triad Hellenbach seen in Chinatown Wars. 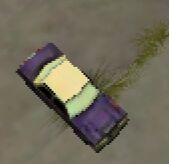 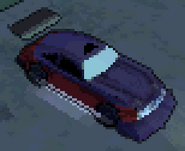 The Lost And The Damned

Mission appearances other than Huang himself and the bosses who give him missions: