View source
watch 02:52
Roblox: DeepWoken - The Loop
Do you like this video?
Play Sound
For the vehicle in Grand Theft Auto V, see The Liberator.

In-game time
“A valued resource, an old oriental gentleman I know, has been kept hostage by some South Americans in Aspatria. They're trying to extort additional funds from me but I don't believe in re-negotiation. A deal is a deal, so they'll not see a penny from me. Go and rescue my friend, do whatever it takes.”
— Donald Love

Liberator is the first mission in Grand Theft Auto III given to protagonist Claude by media tycoon Donald Love from his offices in the Bedford Point district of Staunton Island, Liberty City.

Claude goes to see Donald Love, who thanks him for dealing with a "personal matter". He also informs Claude of knowing an "Old Oriental Gentleman" who is now kidnapped by the Colombian Cartel and he wants Claude to rescue him from a Cartel compound in Aspatria.

Realizing that the only way to enter the compound is by entering with a Cartel Cruiser, Claude goes to Fort Staunton, steals one, drives to the compound and is automatically allowed inside the compound, but is quickly recognized by the Colombians. Claude quickly reacts and takes all the Colombians out before finding the Old Oriental Gentleman in one of several garages (in each of which at least one Cartel member is hiding). Once all the Colombians are dead, he gets in a car with the Oriental Gentleman and takes him back to Donald Love, completing the mission. 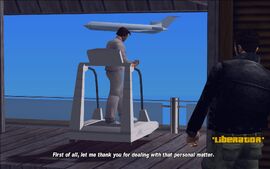 Claude arrives to meet the important businessman Ray Machowski mentioned at the Love Media Building in Bedford Point. The man turns out to be Donald Love, who welcomes Claude and thanks him for helping Donald with a personal matter. 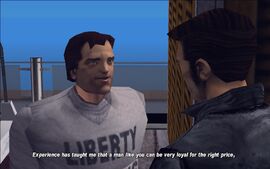 Donald tells Claude that from his experience, a man like him could be very helpful and be more loyal than several, as a team of men can get greedy. 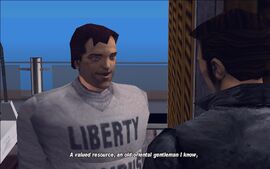 Donald informs Claude of a friend who was kidnapped by the Colombian Cartel. 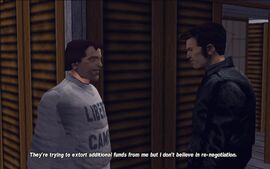 Donald claims that he has paid a ransom for the freeing of his friend, but the Cartel require a larger sum than they first asked. 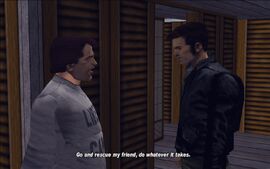 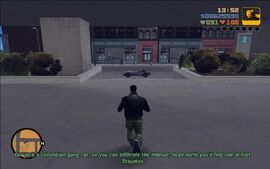 Claude is tasked with stealing a Cartel gang car, infiltrating their compound in Aspatria and rescuing the Old Oriental Gentleman. 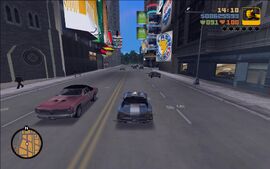 Claude driving to Newport to steal a Cartel Cruiser. 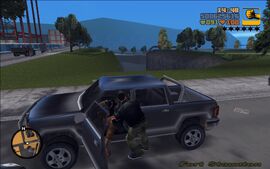 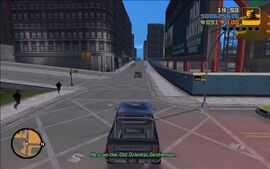 After stealing the gang car, Claude has to drive to the Cartel compound and rescue the Old Oriental Gentleman. 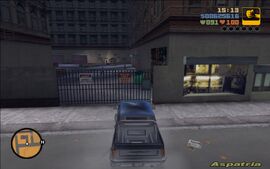 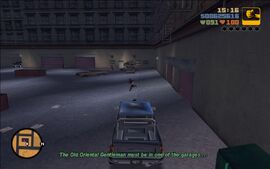 After the Cartel gangsters recognize Claude, mayhem ensues in the compound. 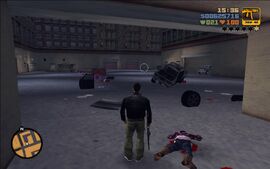 After killing all the Cartel gangsters on the outside, Claude has to find the Oriental Gentleman in one of the several garages. 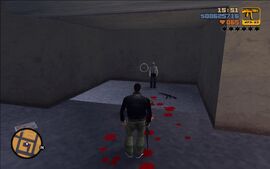 Claude opens the garage door to find a Cartel gangster guarding the Oriental Gentleman, who immediately opens fire on Claude. 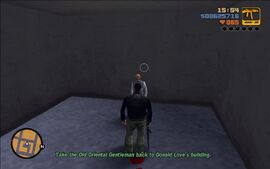 After killing the Cartel gangster guarding the Gentleman, Claude has to take the old man to safety. 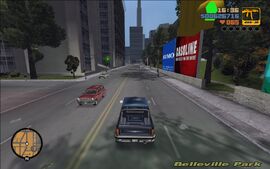 Claude and the Oriental Gentleman heading back to the Love Media Building. 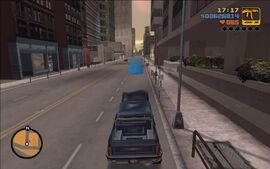 Claude and the Oriental Gentleman arriving at the building. 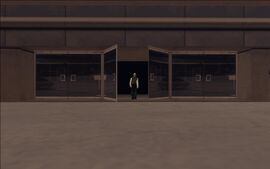 The Oriental Gentleman walking inside after Claude drops him off. 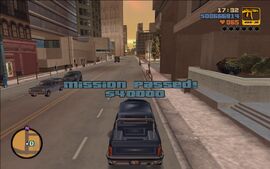 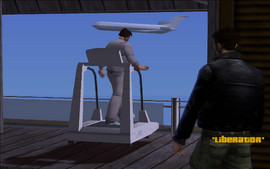