There are three Les Bianco restaurants in the city of Los Santos; the player is unable to eat at any of the locations and it plays no role in the storyline whatsoever. Judging by its name and the appearance of the restaurants, it is possible that Les Bianco is a high-end establishment. During a switch scene, Michael De Santa is seen leaving West Vinewood's Les Bianco, probably after having a meeting with Solomon Richards. 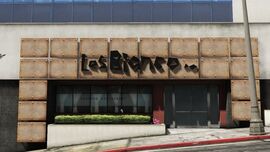 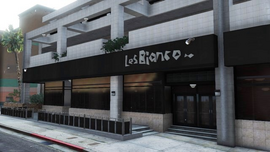 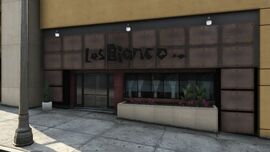 Retrieved from "https://gta.fandom.com/wiki/Les_Bianco?oldid=1235439"
Community content is available under CC-BY-SA unless otherwise noted.