"Freedom of speech is dead as the cops crack down on Legion Square protesters. Battle the police on foot, in SUVs, and eventually in Buzzard helicopters. And remember that the real bad guys are the bankers looking down on the action from their office windows."
— Description

It was added in the I'm Not a Hipster Update.

The enemies began as LSPD, but later updates have replaced them with The Professionals. The job's description of the enemies as cops has not changed.

Vehicles were able to be used within the out-of-bounds zones to provide additional cover. As vehicles were despawned with a later patch, there are very limited areas to take cover from gunfire, which can make killing enemies much harder, especially if playing solo. 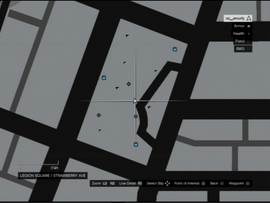 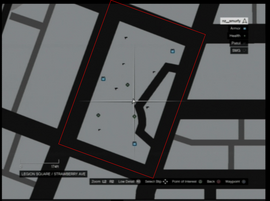 Retrieved from "https://gta.fandom.com/wiki/Legion_Square_Survival?oldid=1322732"
Community content is available under CC-BY-SA unless otherwise noted.