Legal Trouble is a mission in Grand Theft Auto V given by Solomon Richards to Michael De Santa.

After arriving at Solomon's office, Michael is surprised to find Devin Weston and his assistant Molly Schultz there. Devin proceeds to explain that, being one of the two shareholders (the other being Solomon Richards' "idiot" son) in Richards Majestic Productions, he plans to pull the plug on their latest movie in order to receive a massive insurance payout. With that money, he will pay off Solomon's son to agree to tear the film lot down in order for Devin to build condos, tax free.

Solomon tries to protect the movie reel, but Molly forcibly snatches the film from his arms. Michael follows Molly who is taking the movie reel (Meltdown) to an unknown discreet offshore location by plane. Refusing to surrender his first film, Michael storms out of Solomon's office and pursues her.

By the time Michael arrives at Los Santos International Airport, Molly has received a police escort team paid for by Weston. Michael pursues Molly on the airport runways, causing huge amounts of mayhem along the way. Eventually the police order Molly to pull over, but they are ignored until Molly stops at Devin Weston's hangar, where a Jet is waiting for them to board with the film. Molly, who is aware of Michael pursuing her, runs into the hangar in a panic, where she is sucked into the jet engine, dropping the film. Michael collects the film and must lose his wanted level, since the cops are now pursuing him for entering a restricted area. Michael successfully escapes from the police, concluding the mission.

In a post-mission phone call with Solomon, Michael learns that there were backups of the film due to it being shot digitally, making the chase, Devin's plans and Molly's death all for naught. However, he is soon cheered up by Solomon announcing that Meltdown will have a full-fledged Vinewood premiere.

Despite Solomon saying that the invitations are on their way, "The Bureau Raid" and its immediate follow-up missions must be completed before the premiere.

to toggle Weazel News heli camera.
The airport has restricted airspace. Get another vehicle.

This section/page depicts all cutscenes and dialogues in the mission "Legal Trouble" in Grand Theft Auto V.

During the pursuit, dialogue will not play when the Weazel News helicopter camera is viewed, as this will prevent dialogue from playing altogether. Dialogue will pause during several camera "focus" modes (on aircraft) and resume after regaining full control. Certain dialogue will be skipped if the player keeps up with Molly throughout the chase.

Inside the hangar, some dialogue will be skipped if the player rushes the chase through the hangar corridor, quickly picks up the reel, and enters a vehicle to exit the hangar. Dialogue will not play when inside the Shamal located in the hangar.

After leaving the studio, there are two possible lines of short dialogue for Michael.

After driving a certain amount of distance away from the studio, Devin will call Michael. The phone call is entirely scripted and Michael can hang up the call, in which case Devin will text Michael what he wanted to say.

When reaching Molly's location, Michael's and the police's dialogue during the entire length of the pursuit is scripted, however there is two possible variations of each line.

When Molly reaches the hangar side door, she steps out of the car and runs into the hangar. There is various dialogue during this sequence.

After escaping from the cops, Michael calls Solomon Richards.

Michael: "Devin, hey look, I'm sorry."
Devin: "My legal counsel?"
Michael: "It was an accident. I had nothing to do with it."
Devin: "Sure, yeah, hey. Lawyers come and go, but you made a fool out of me, Michael, and that is something that I am not going to forget. Namaste."
—Conversation between Devin and Michael post-mission.

"Terror at the airport. A frightening scene at Los Santos International; reports say there are multiple causalities and millions of dollars of damage. Terrified travelers fled for their lives as a high speed chase across the runway involving police and unknown assailants left a trail of destruction in its path. This traveler was sympathetic: "I don't care who died! My flight's delayed now!"

"Los Santos International Airport is on lockdown after suspected terrorists fled police in a high-speed chase that ended in multiple casualties. As yet, neither the government nor the police have released a statement so we cannot say for sure that this was a foreign-led attack on American democracy, but it seems likely. We will bring you any official details as soon as we receive them and, until then, will continue to report on speculation alone."

Devin Weston
Posted an update (after Legal Trouble)
Molly, you were one of the most committed and ruthless lawyers I've ever had on my books. I promise you that your death will not be in vain.

The mission soundtrack during Legal Trouble is "Dragoner", which can occasionally play during 3-5 star wanted levels outside of the mission. The soundtrack begins towards the end of the first cutscene, when Michael says "My wife got screwed by a yogi, and now I'm getting screwed by a yogi?" The hits begin once the player gains control outside of the studio, and the snares and drums begin once the player has entered a vehicle. The soundtrack loses pace once Michael chases Molly into the hangar towards the end of the mission, and completely ends once the player has lost the current wanted level. 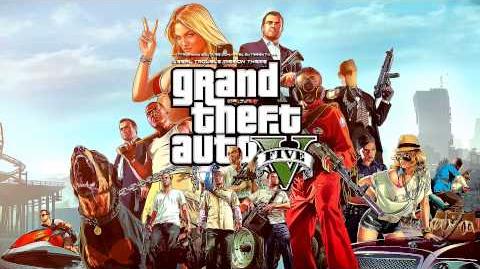 Michael arrives at the office to find Molly and Devin.

Devin begins to explain the potential the movie has in Molly's hands.

Solomon returns, explaining to Michael how Devin and Molly are about to ruin the business.

Molly asks for the movie reel, at first, Solomon hesitates...

...Before Molly takes it out of his hands...

...And leaves, destined for the airport, shortly before Michael chases after her.

Michael runs towards the three cars.

The first destination on the map, near the airport.

Leaving the studios in a Carbonizzare.

Devin calls Michael, telling him he's making a bad decision and that he should back off from Molly.

Molly fleeing from her police escorts towards the airport. The police continuously attempt to pacify Molly.

Entering the airport. Busy air-traffic is seen in the background.

Molly's erratic behavior causes a tanker truck to tipple over, exploding one of the police cars.

Another police car is hit by engine blow-back from a Jet as Molly escapes under the airport's terminals.

A Jet landing as the chase leads onto the runway.

Two police vehicles are blown back by the plane's engines.

Yet another plane landing on the airport, as the chase passes straight under the landing aircraft. A police car is hit by the plane's engine.

Molly stops at the back of Devin's hangar, reaching into her car to grab the film reel.

She flees into the rear entrance of the hangar, shortly before police officers declare she stops.

Michael arriving at the hangar.

Running through the hangar's corridors before leading out into the hangar bay.

Molly runs in front of a plane's engine as it is turned on...

..And is sucked into the engine, resulting in nothing but guts and one of her hands being deposited on the floor. The film reel survives.

The film reel found in front of the engine as it is shut down.

Michael claims the only thing the police have against him is trespassing, and that he is not responsible for anything. 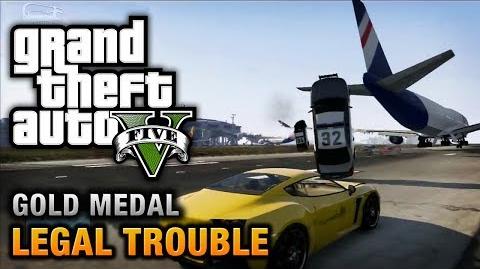 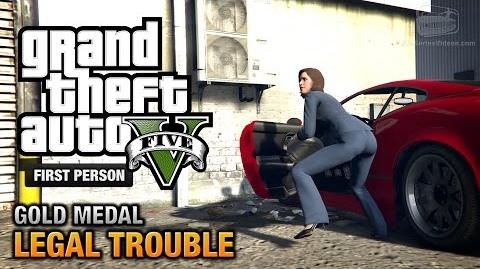 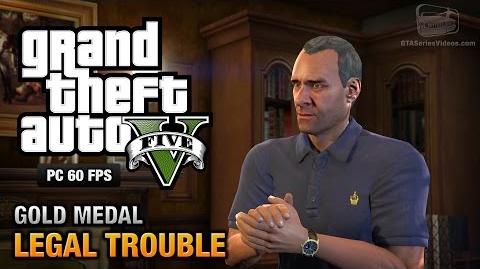