Its logo, as well as the name of the brand itself, are likely a parody of Chanel, a popular fragance and high-end clothing brand.

In GTA IV, it is featured on www.peepthatshit.com, listed under the "High Fashion" link in the "Shopping" section. Their slogan is "Make-up de Paris".

In GTA V, the brand has returned, but is now also producing high-end fragrances. The company has a store at the Rockford Plaza on Las Lagunas Boulevard in Burton, and the brand can be seen on various advertisements around the city. In addition, a large billboard can be found on West Eclipse Boulevard and in Los Santos International Airport that says "Smell Like A Bitch", referencing the meaning of the word chien in French. It is one of the brands featured in the Leopolds store in Rockford Hills.

During the Ill-Gotten Gains Part 1 Weekend Special, it was possible to find a T-Shirt with a fake Le Chien logo and the "Smells Like a Bitch" logo in the Special Crate drops in Grand Theft Auto Online[1]. The t-shirt reads "Le Crew Liberty".

During Ill-Gotten Gains Part 2 Weekend Special, a special T-shirt with a fake logo was made available for the players who completed the Daily Objectives on July 11th, 2015[2]. The t-shirt reads "Le Biatch", being derived from "bitch", another reference to the business name. 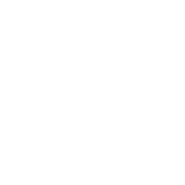 Fake Le Chien logo.
Add a photo to this gallery 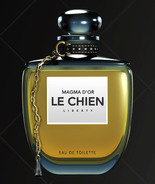 Advertisement 2.
Add a photo to this gallery

Retrieved from "https://gta.fandom.com/wiki/Le_Chien?oldid=980760"
Community content is available under CC-BY-SA unless otherwise noted.