Martinez: "TEN HUT! Haha! Vic! I swear to God, I thought you were gonna salute me! Toss the gun!"
Vic: "Fuck you!"
Martinez: "Vic, still so uptight. You know what your problem is? You're trying to be the good guy in a bad man's game. Huh... I thought you had potential."
—Victor Vance and Jerry Martinez before their final confrontation.

Last Stand is the final storyline mission in Grand Theft Auto: Vice City Stories given to protagonist Victor Vance by Ricardo Diaz from his mansion on Starfish Island, Vice City.

The Mendez brothers killed Victor's love interest, Louise Cassidy-Williams. Victor has stolen a Hunter to get his revenge through the air. He starts to fly the Hunter from Diaz's mansion and heads to a compound in Downtown where the remaining Mendez, Diego, is hiding.

Upon arriving he starts to shoot non-stop amount of missiles from the Hunter and puts the building under heavy attack, killing several waves of Diego's goons. After a bit of time, however, a goon shoots down the helicopter with a Rocket Launcher setting it on fire. Victor manages to survive and makes it to the roof just as the helicopter explodes.

He first heads to the top floor of the building killing all the goons on his way. After seeing no sign of Diego, Victor goes down one floor and continues making his way through the floor by killing all the goons on his way, whom all carry heavy weapons like AK-47 and Micro SMGs. After clearing out all the enemies, former friend from the Army, now enemy, Jerry Martinez arrives in a Maverick to finish off things between himself and Victor, like he said on a pager message to Victor previously.

A door leading to the higher floor, suddenly opens and Diego Mendez is spotted along with a bodyguard, whom Victor kills. Diego starts to run towards the top floor with Victor chasing after him. On the top floor, two Mendez goons start attacking Victor, only to get killed, just as the helicopter Martinez arrived in, with two goons on the sides, starts to attack Victor under heavy gun fire. Victor manages to set the helicopter on fire, causing it to explode and goes to the roof, only to be held at gunpoint by both Martinez and Diego Mendez.

In a final stand-off, Victor manages to kill both Diego and Martinez, thus winning the battle and getting his revenge. Shortly after the end of the battle, Victor's brother Lance arrives in a black and yellow Maverick coming to supposedly help him, however as the battle has already ended, Victor and Lance agree to lay low for a while and get out of town. Lance offers Victor twenty kilo's of cocaine for a deal ahead, however Victor denies his interests and says that he doesn't ever want to touch drugs again and then says that he sends some money to his sick brother, Pete for the medical treatment required.

Upon completing the mission, the Hunter is unlocked along with the side mission Skywolf at Escobar International, and the player is awarded the Winner outfit.

Victor Vance walking away from the Hunter attack helicopter after it was shot down by a rocket launcher attack.

Diego Mendez, with Diego, shortly before being shot at by Victor Vance.

Lance arriving in a helicopter shortly after Vic kills Diego, and Martinez. 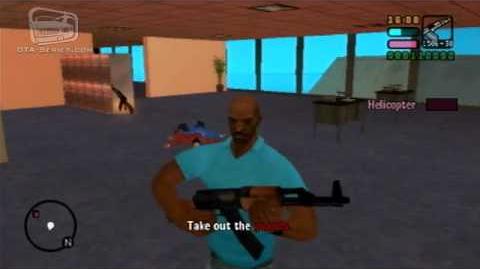 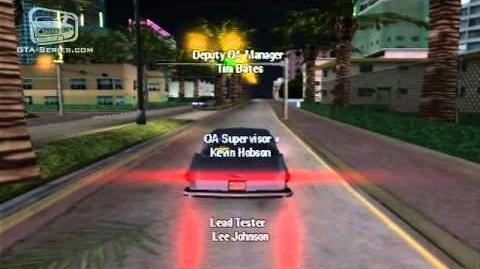