NOTE: This mission prevents the player from completing the rest of Luigi Goterelli's and Joey Leone's missions if done before them, which means that the player should complete Luigi's and Joey's missions before doing this mission if they want to achieve 100% completion.

"It's my favorite cleaner! I'm proud of you, my boy, you kicked the shit out of those greaseballs. I just got one little job for you before we can go celebrate. There's a car round the block from Luigi's Club. The inside is covered in brains. We had to help some guy make up his mind and it proved a little messy. Take it to the crusher before the cops find it."
― Salvatore Leone

Claude goes to Salvatore's mansion to celebrate destroying the ship docked in Portland Harbor used by the Colombian Cartel to manufacture SPANK. Salvatore tells Claude that there is one more thing he needs doing before they can celebrate. A car needs to be collected from nearby Luigi's Sex Club 7 and taken to the Harwood Autocrusher and Junkyard before the police discover the vehicle, which is covered in blood.

Claude begins to drive towards the car, however, Maria pages Claude, saying that the car is a trap and a bomb has been planted into the car's engine, and tells Claude to meet her at a small jetty in Callahan Point.

At the jetty, Maria describes how she told Salvatore they were an item and that Claude is a marked man, before introducing Yakuza co-leader Asuka. The three travel to Newport, Staunton Island by boat. Maria tells Claude to look around Staunton Island, and Asuka informs Claude of a safehouse he can use.

Maria warning Claude about the car

On the way to Staunton Island 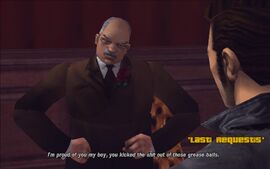 Claude arrives at Salvatore's Gentlemen's Club and is immediately welcomed by Salvatore. Salvatore calls Claude his favorite cleaner and congratulates him for dealing so easily with the previous job, blowing up the boat where the Colombian Cartel produces SPANK. 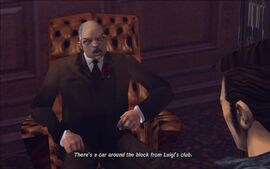 Salvatore asks Claude to do one final job before they all celebrate on the job well done. Salvatore tells Claude of a car which has a dead body in it, located in the Red Light District, near Luigi's Sex Club 7. 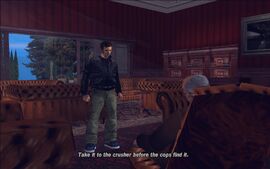 Salvatore orders Claude to take the car to the crusher before any cops stumble upon it. 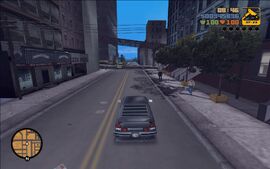 Claude making his way to the car's location. 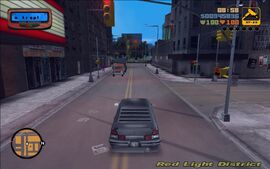 Shortly before arriving at the car's location, Claude gets a message from Maria on his pager. Maria tells Claude that the car is a trap, and that Claude should meet her at a slip at Callahan Point, under the Callahan Bridge. 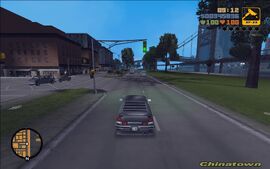 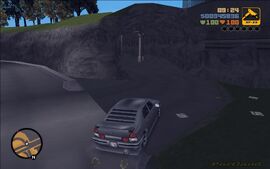 Claude at the slip. 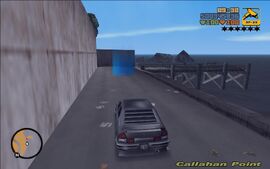 Claude arriving at the small dock. 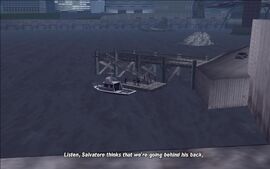 Maria tells Claude that Salvatore rigged the Cheetah with a bomb and wanted to kill Claude because he thought he and Maria were lovers. 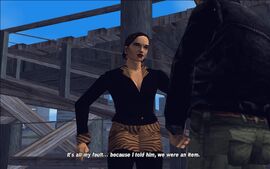 Maria confesses to Claude that Salvatore thought so because Maria told it to him. Maria says she does not know why she did it, but she feels like she needs to escape from the mafia and wants to save Claude from the Leone's too. 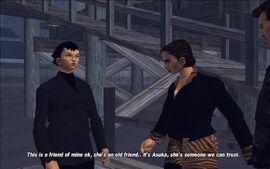 Maria introduces Claude to Asuka Kasen, the co-leader of the Yakuza. 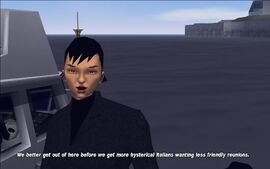 Asuka asks Maria and Claude to hurry up, and that they should head out before the mafia finds them. 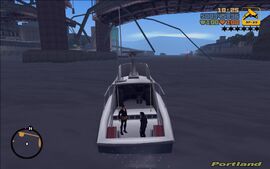 Claude taking Maria and Asuka out of Portland using a boat. 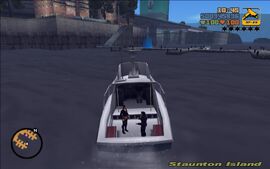 The trio arriving at the small docks in Newport, Staunton Island. 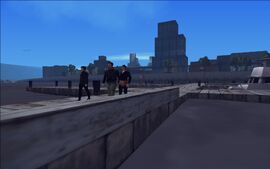 Claude, Asuka and Maria after arriving at the docks. 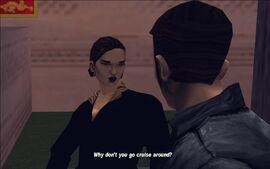 Maria tells Claude that she and Asuka are going to talk a bit, and suggests that Claude familiarizes himself with the city. 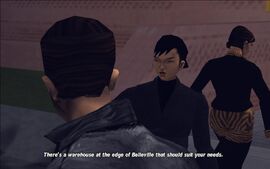 Asuka tells Claude of a warehouse on the edge of Belleville which should work as a safehouse, before heading into her condo with Maria. 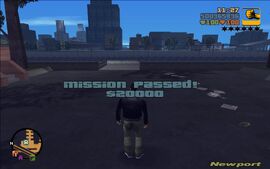 Retrieved from "https://gta.fandom.com/wiki/Last_Requests?oldid=1178096"
Community content is available under CC-BY-SA unless otherwise noted.