Rescue Lamar Davis from the Ballas

Tanisha Jackson as a Director Mode character. (Enhanced version only)

The Wrap Up
Reuniting the Family

Franklin: "My whole fucking life I've been looking after this motherfucker and paying the price afterwards. Fuck."
Tanisha: "Well, at least do it one more time, Franklin. For me."
―Tanisha Jackson asking Franklin to rescue Lamar Davis

Lamar Down is a mission in Grand Theft Auto V which protagonist Franklin Clinton performs with the assistance of Michael De Santa and Trevor Philips.

Franklin is visited by Tanisha who tells him that Stretch once again set Lamar up with the Ballas, who are holding Lamar hostage at the Paleto Forest Sawmill. Franklin is initially reluctant to rescue Lamar because he feels that he spends all his time getting Lamar out of trouble his stupidity caused, but Tanisha asks Franklin to do it for her. Tanisha leaves and Franklin phones Lester and asks him to contact Michael and Trevor to help him rescue Lamar (despite the current state of their friendship). Franklin, Trevor, and Michael arrive at the sawmill and take up attack positions. They proceed to kill the Ballas and Franklin brings Lamar back home to Forum Drive; during the drive, Franklin and Lamar agree that Stretch likely sold out to the Ballas while in prison and is attempting to kill Lamar as a show of solidarity to his new crew. When they get there, Lamar and Franklin get into a small dispute, with Franklin recalling the many occasions he keeps Lamar out of trouble, only for Lamar to walk straight back into trouble. Franklin advises Lamar to remain civilized and stay out of trouble, and to abandon his "gang banging" lifestyle and get a real job, before giving him $50. Lamar, however, is unsatisfied, and accuses Franklin of abandoning him for a better life and looking out for himself, bringing up the fact that he still hasn't been properly paid for helping retrieve the cars Devin Weston wanted them to acquire. Franklin snaps back, bringing up how Devin flat out refused to pay them at all and reminds him that he's been looking out for him since the start. Franklin leaves in a huff, but is immediately confronted by Steve Haines and Dave Norton, who order Franklin to kill Trevor due to his violent behavior and general liability. Franklin refuses, asking them to recruit Michael to do it instead, but Dave reveals that Michael can't because Trevor doesn't trust him and won't let Michael go near him. Steve and Dave drive off, and Lamar asks who Franklin was talking to, but Franklin deflects the question and tells him to let him deal with it.

Jimmy texts Franklin after the mission, telling him about his father's movie premiere. At this point, the mission "Meltdown" unlocks. 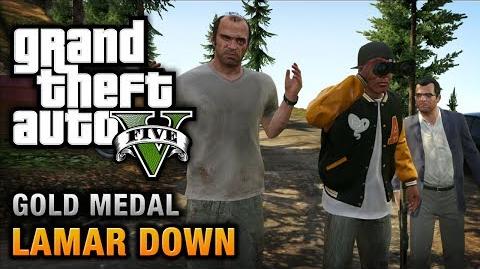 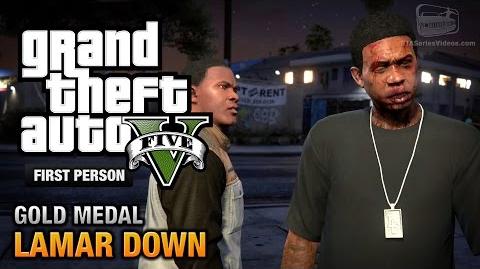 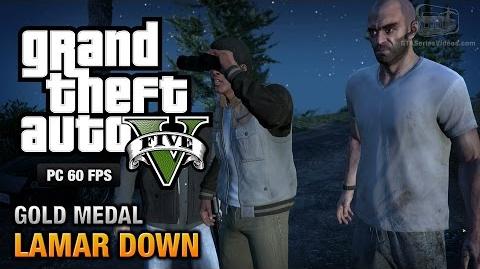