In-game time
“Listen up! Get over to Bedford Point. There's a stash in an old car I need pronto!”

Kingdom Come is the final mission in Grand Theft Auto III given to protagonist Claude by Uptown Yardies leader King Courtney from the payphone on the Liberty Campus in Staunton Island, Liberty City.

King Courtney wants Claude to collect an Esperanto parked in a parking lot in Bedford Point. When Claude gets in the vehicle, he discovers it is a trap laid by Catalina. SPANKed-up suicide bombers will block the entrances to the parking lot with their vans. An endless amount of suicidal bombers attempt to kill Claude. Claude eventually destroys all their vans and the bombers to end the mission.

The reward for completing the mission is $10,000. The player can return to the payphone to start Bling-Bling Scramble anytime outside missions.

The Yardies are now hostile to Claude and will attack him if they spot him in Yardie territory. 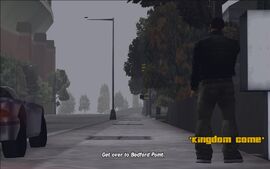 Claude picks up the ringing payphone in Aspatria and is told by King Courtney to get to a parking lot in Bedford Point as fast as he can. 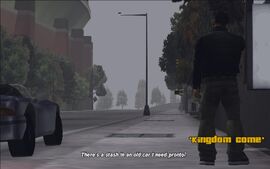 Courtney tells Claude that there's a car parked there full of drugs which he wants delivered now. 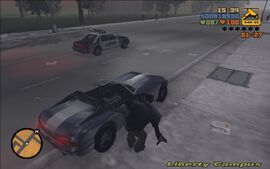 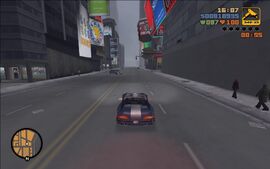 Claude on his way to the parking lot. 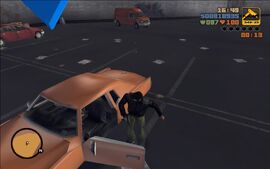 Claude getting into the parked Esperanto. 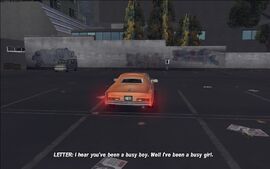 Upon entering, Claude finds a note in the car from his former girlfriend and now arch enemy, Catalina. 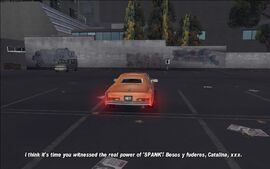 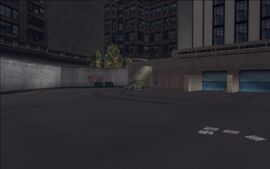 Suddenly a mysterious van drives into the parking lot. 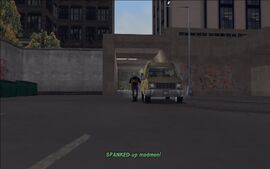 A SPANK-ed up madman emerges from the van shouting various threats and letting out crazy laughs. 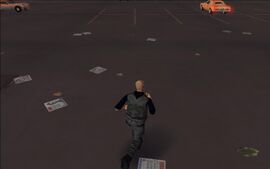 The SPANK-ed up madman starts running towards the Esperanto which Claude is in. 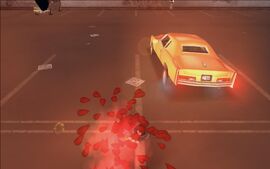 After running close enough, the madman kills himself by exploding a bomb he wore. 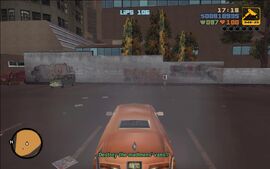 Claude is forced to fight for his life and fend off the attacking suicide bombers. 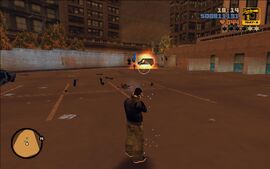 Claude clearing out the madmen's vans. 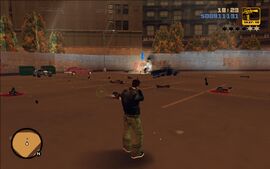 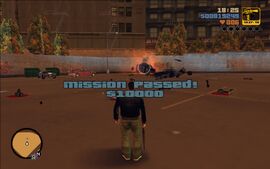 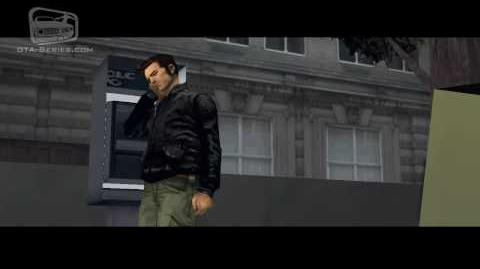 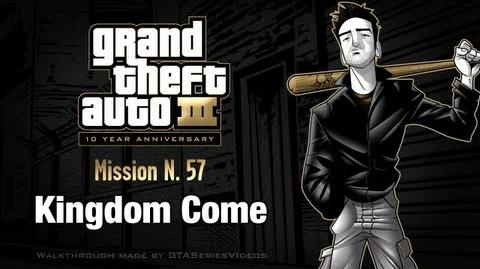