Danny Dyer
“Kent Paul, mate. Yeah, I'm the guvenor 'round here. I sort things out, you know what I mean? I'll treat you. Whatever you want, I'll get you, girl. Don't you worry about a thing, mate.”
— Kent Paul

Paul is a cocky youth from Kent, England. He works in the music business, but claims to be a criminal mastermind. By 2002, he also owns a website called Kent Paul's 80's Nostalgia Zone!. He is voiced by English actor Danny Dyer.

Paul was born in Kent, England. He moved to Vice City in 1982, when he was 17, and established contact with criminals like lawyer Ken Rosenberg, "Big" Mitch Baker and his biker gang and the Scottish rock band, Love Fist. He later became the band's manager.

He has contacts with biker gangs, but has had a falling out with Big Mitch Baker's Outlaw Motorcycle Club. He is very "good with rumours", has information on most of the major crime units of Vice City, and seems to have contacts in certain SWAT divisions. He tipped Tommy Vercetti off about Leo Teal's part in the ambush at the start of the game. He is also, however, a pathological liar and a suspected drug addict. Paul acts as a manager to the rock band Love Fist and is usually found at the local Malibu night club in Vice Point. Paul claimed to have moved to the United States in 1982 at the age of 17, which would suggest he was born in 1965. At first Tommy and Paul have a strong dislike towards each other, but they soon become close acquaintances after meeting up with Love Fist. After acquiring the Film Studios, Tommy receives a call from Kent Paul, in which Paul claims to have acted in pornographic films in England, and would like a role in one of Tommy's films.

During the transmission of Emotion 98.3, Fernando Martinez reveals that he hooked Kent Paul ("little English kid called Paul or something") with an ugly fat girl with "the most beautiful eyes he ever saw" in The Malibu Club. This paired with some cut scenes in some missions, proves that he really has problems hooking up girls in the club.

Kent Paul brought a new English band, the Gurning Chimps, to San Andreas to have them noticed, but then finds himself stranded in the desert with only one member remaining. After being rescued by CJ, he quickly heads to Las Venturas to meet his old acquaintance "Rosie" (whom he knows from Vice City). Later, he starts producing for Madd Dogg after the rapper's career was back on track. Kent Paul is also affiliated with The Truth, who he and Maccer were taking peyote with in the desert.

Paul was later on invited to come to Los Santos along with Rosenberg by CJ as he required an accountant and sound engineer.

During the mission Saint Mark's Bistro, he is seen driving a blue Sentinel.

At some point before 2002, Paul apparently fell off the wagon with substance abuse. By 2002, he was in a halfway house as part of an after care programme. He started his Kent Paul's 80's Nostalgia Zone! website as part of his therapy and learned about HTML along the way. Kent Paul writing his website is, chronologically, his final role in the Grand Theft Auto series.

In GTA Vice City, Kent Paul appears to slightly resemble Tom Cruise and is notably shorter than other pedestrians. In GTA San Andreas Kent Paul is taller with orange hair and is also notably thinner than in GTA Vice City.

Kent Paul obviously had kicked his drug addiction (as reported by the VCPD police bulletin) by the time of San Andreas since he got extremely angry at Maccer when he found out he laced his drinks (he hadn't kicked his drinking habit) with peyote.

Paul may have experience with accounting, as Ken Rosenberg mentioned in a post-mission phone call that "Paul is good with figures" 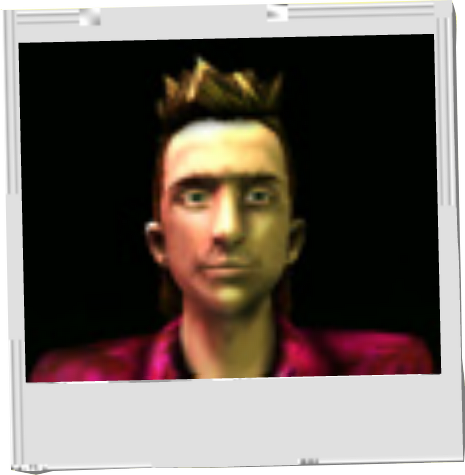 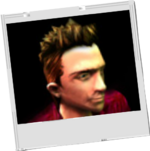 “Kent Paul. Paul from Kent. An Englishman in New York. Well, in Vice City to be precise... But certainly a fish out of water! Right, anyway, these yanks, right, what a bunch of pillocks. Stuff you learn in the mid-west, thanks mate, you can make a killing out here. I do all sort, I run a music business, I'm also a face in the underworld, so don't miss. But seriously, love.”
— Kent Paul

Another artwork of Kent Paul in GTA Vice City.

Kent Paul as he appears in GTA San Andreas.