The company has offices located at the intersection of Vespucci Boulevard and Ginger Street in Little Seoul, Los Santos. From its logo, it may be a South Korean company because the letter "O" on the logo is similar to the flag of South Korea. The company may also be the owner of the Kayton Towers on San Andreas Avenue.

Kayton may be based on real-life Korean companies Shinhan and Hyundai Heavy Industries, and like its real-world counterparts, it may be a worldwide chaebol. 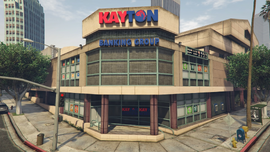 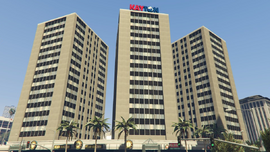 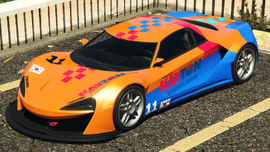 An Itali GTB Custom with a Kayton Banking livery.
Retrieved from "https://gta.fandom.com/wiki/Kayton?oldid=1200739"
Community content is available under CC-BY-SA unless otherwise noted.