It is located in Little Haiti, Vice City. The business operates a fleet of Kaufman Cab taxis, and employs long-serving employee Doris as a dispatcher and Ted as a taxi driver. Kaufman Cabs' main rivals are Vice City Cabs, who are a bigger firm with more taxis.

In GTA Vice City, the business can be bought by Tommy Vercetti for $40,000 ($20,000 in the mobile version). After completing the three missions for Kaufman Cabs, the asset will earn a maximum $5,000 between pick-ups. In GTA Vice City Stories, however, Kaufman Cabs is closed and doesn't have a sign just like other assets in Vice City.

The firm takes its name from the late actor Andy Kaufman, who played a taxi mechanic in the Taxi TV series. Also, the depot of Kaufman Cabs has the basic layout of the Sunshine Cab Company from the same TV series.

Doris announces Tommy's ownership to the drivers, including Ted (in the red shirt).

The interior of Kaufman Cabs.

Exterior view of the building.

A Kaufman Cabs worker, Ted.
Add a photo to this gallery 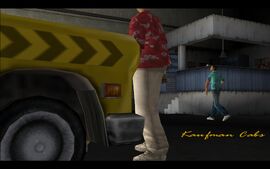 Tommy walks to the small office in the small cab depot he purchased. 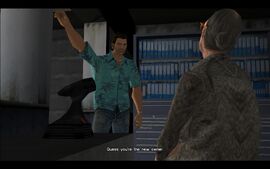 Tommy walks into the office and finds an old lady working there, who asks hims if he's their new owner. 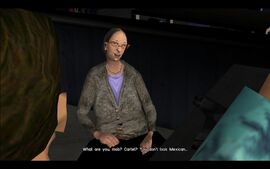 The old woman asks Tommy which gang he is a part of. 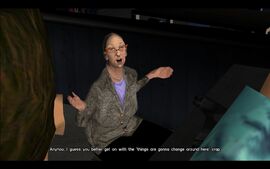 The lady doesn't wait for Tommy's answer and proceeds to rant about how all owners start off by saying that things will change around the depot. She also rhetorically asks if he'll assault one of the drivers to establish his dominance. 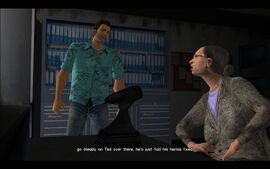 She does however ask Tommy to go easy on one of the drivers, Ted, as she says he just got his hernia fixed. 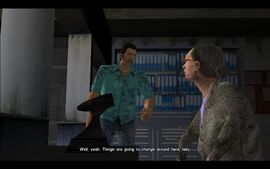 Before Tommy can say anything, she tells Tommy to just wait up, while she tells the usual speech herself. 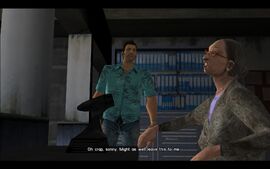 She says that she's been repeating the same speech for years now. 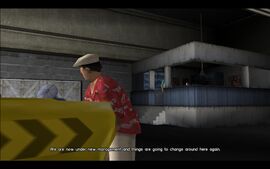 The lady gets on the microphone and tells the drivers that the depot is now under new management again. 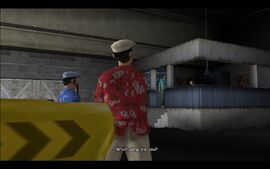 She stops her speech and asks Tommy which gang he is a part of. 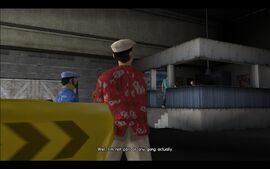 Tommy tells her that he's actually not a part of any organized gang. 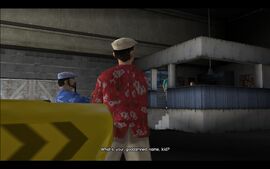 Since Tommy is not in any gang, the woman just asks him what's his name. 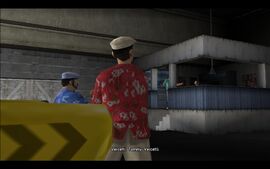 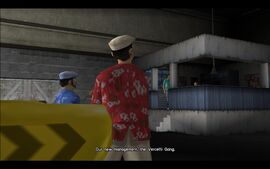 The lady tells the drivers that their new management is the Vercetti Gang, that will now make sure nobody messes with the depot's business, before getting off the microphone. 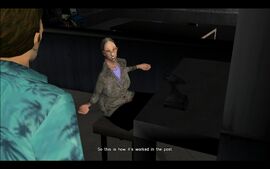 After getting off the microphone, the lady runs down the basics on how the depot is supposed to be ran to Tommy. 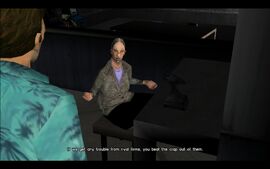 She also tells Tommy that if there's any problems from rival businesses, then Tommy will just have to take care of them. 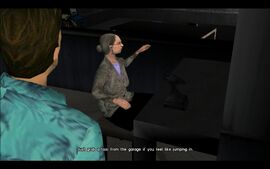 After finishing running down the basics, she tells Tommy to just go and grab a cab from the depot whenever he feels like helping out. 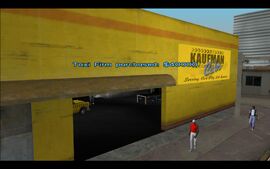 The depot is now under Tommy's control.

Retrieved from "https://gta.fandom.com/wiki/Kaufman_Cabs?oldid=1298206"
Community content is available under CC-BY-SA unless otherwise noted.