In-game time
“A Yakuza Kanbu is in custody awaiting transfer for trial. He is a valuable member of the family. Break him out of custody and get him to the dojo at Bedford Point.”

Kanbu Bust-out is a mission in Grand Theft Auto III given to protagonist Claude by Yakuza co-leader Kenji Kasen from his casino in the Torrington district of Staunton Island, Liberty City.

Kenji informs Claude that the Yakuza Kanbu has been arrested by the Liberty City Police Department and that Claude will be breaking him out. Claude takes a police car to 8-Ball's bomb shop, getting the car rigged with a time bomb. Claude drives to the police headquarters and parks the car next to the cells, before detonating the bomb. Claude and the Kanbu then steal a police vehicle to escape the police station before changing cars to lose the pursuing police. After losing the police, Claude takes the Kanbu to the Hyaku Dojo.

The reward for completing the mission is $30,000 and the mission Grand Theft Auto is unlocked.

Kenji telling Claude to free the Kanbu from the LCPD 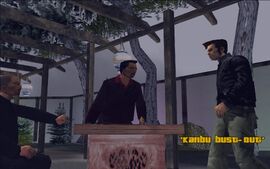 Claude arrives at Kenji's Casino to meet Kenji Kasen and is mistaken by Kenji's bodyguard for an intruder. 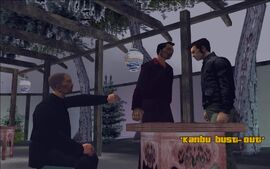 Kenji signals for the bodyguard to not touch Claude and leave them alone for a few moments. 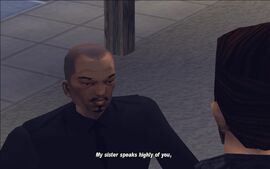 Kenji tells Claude that his sister talked good of him, but Kenji still does not trust a person out of their organization. 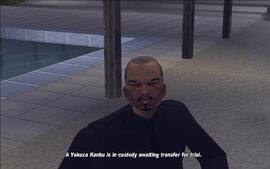 Kenji informs Claude of the Yakuza Kanbu, a high-ranking member of the family being held in police custody. 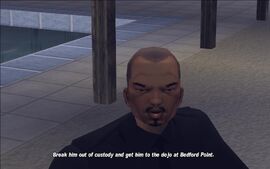 Kenji tells Claude to bust the Kanbu out and bring him to a dojo in Bedford Point. 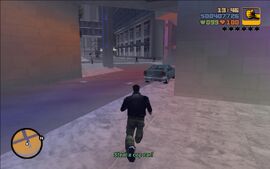 Claude is tasked with getting a police car, which he will use to break the Kanbu out. 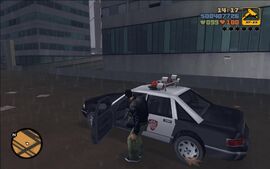 Claude stealing a police car from the LCPD headquarters in Torrington. 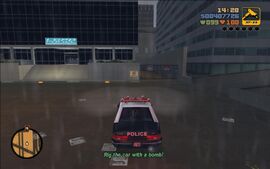 Claude is tasked with planting a bomb in the car. 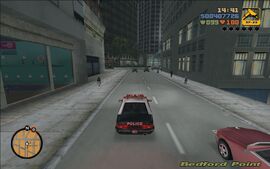 Claude making his way to an 8-Ball's garage in Newport. 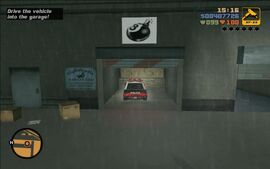 Claude at the 8-Ball's garage. 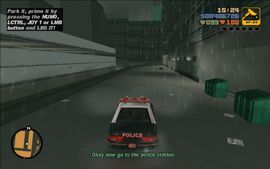 After rigging the car with a bomb, Claude is tasked with going back to the police station and busting Kanbu out. 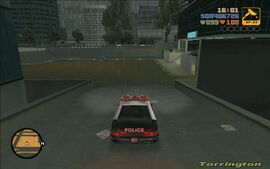 Claude returning to the station. 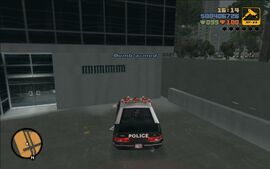 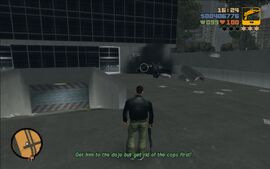 After the bomb has exploded, the Kanbu is busted out of jail. 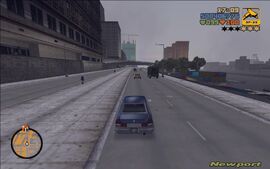 Claude and the Kanbu escaping from the police. 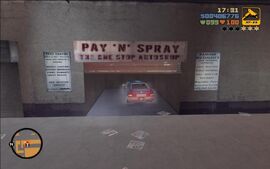 Claude and the Kanbu getting rid of police attention by respraying their getaway car at a Pay 'n' Spray garage. 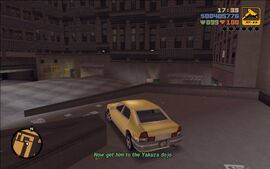 Claude is tasked with getting the Kanbu to the dojo. 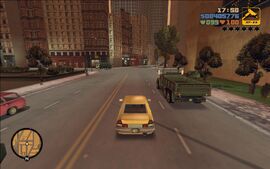 Claude and the Kanbu on their way to the dojo. 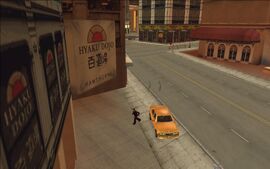 The Kanbu running inside. 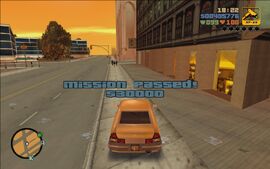 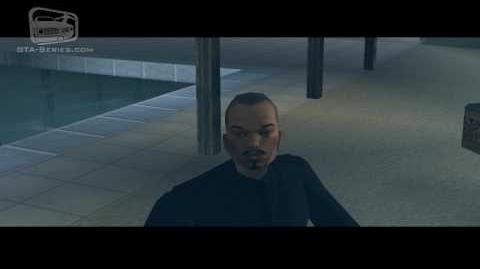 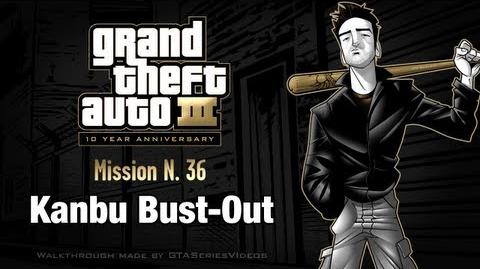