In-game time
“The Cubans, nasty proud foofoos, mmm, been making my lovely Haitian boys shake de heads. Now they told the policeman where me been stashing my powders. Dey tink it drugs, them stupid. Now be a good boy Tommy and go and get the powders for Auntie Poulet.”
— Auntie Poulet

Tommy is told to drop by Auntie Poulet's shack. Later on, she gives him some voodoo potion, and tasks him to collect three stashes dotted around Little Haiti. Under the effects of Auntie Poulet's potion, Tommy goes to retrieve the stashes for her. As he collects the first stash, on the roof of a building near the Junkyard, Tommy is ambushed by VCPD SWAT, but manages to escape them. Tommy then quickly grabs a vehicle and heads to the locations where the remaining stashes are located, one at an intersection in central Little Haiti, and one outside a building at the edge of Little Haiti, while being pursued by the cops and the FBI. After collecting all of them, Tommy heads back to Auntie Poulet's shack, completing the mission. 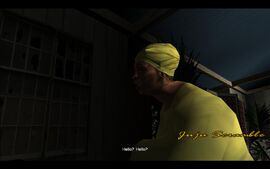 Tommy arrives at the shack in Little Haiti and calls for someone. 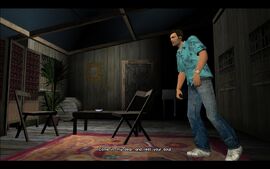 The old woman invites him to come in and rest. 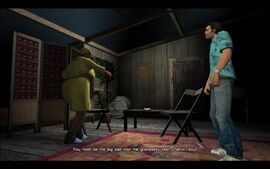 The old woman says that her grandfather has been talking about Tommy. 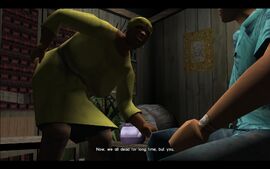 The woman says that all of the humans are dead for a very long time... 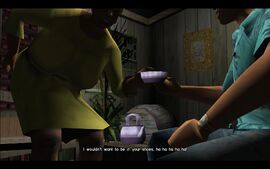 ...But she says that she wouldn't want to be in Tommy's place and laughs after saying this. 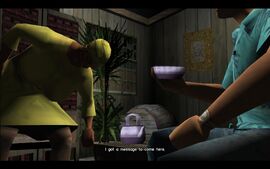 Tommy tells the woman that he had been called and told to come to the shack. 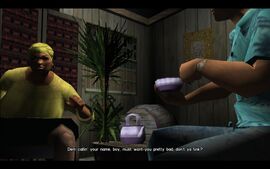 The old woman speaks of someone calling for Tommy and wanting him pretty bad. 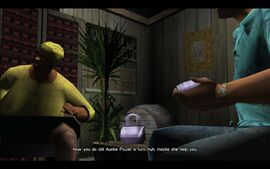 The old woman tells Tommy that if he did some favors for her, she would help him out and give some juju to him afterwards. 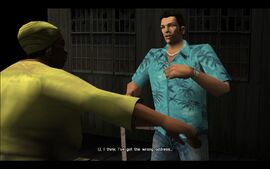 Tommy stands up and tells the old woman that he thinks he got the wrong address. 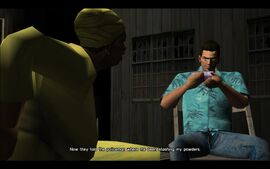 The woman sits him down and gives him a brew to drink. She tells Tommy that the Cubans have been getting in the way of her Haitian allies and told the police where she had some drugs stashed. 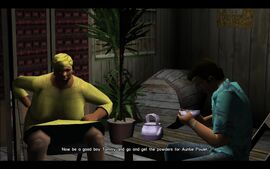 The woman kindly asks Tommy to go and get the drugs for her before the cops find it. 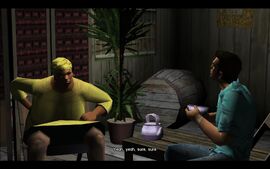 With no hesitation, Tommy accepts and walks out to get the drugs. 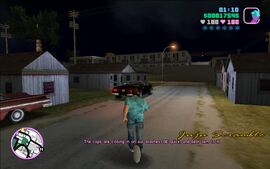 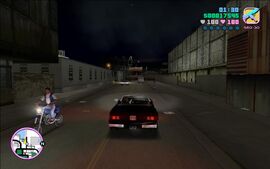 Tommy driving to the stash near the junkyard. 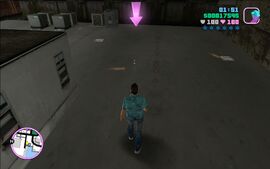 Tommy, about to pick up the first briefcase of cocaine. 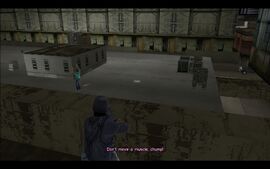 As Tommy picks the briefcase up, a SWAT team ambushes him and tells him to stop where he is, forcing Tommy to kill them all. 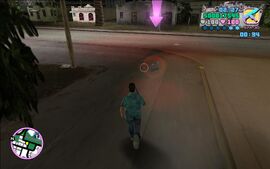 Tommy, about to pick up the second briefcase of cocaine. 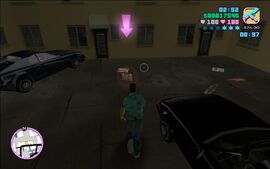 Tommy, about to pick up the third briefcase of cocaine. 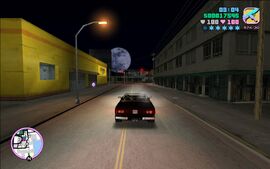 Tommy going back to the old woman's shack. 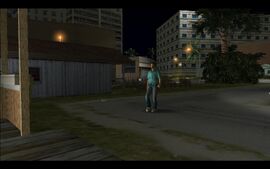 Upon arriving, Tommy walks inside and gives her the briefcases he collected. 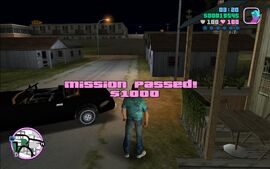 A SWAT officer aims at Tommy Vercetti from behind a wall.