In-game time
“Is there some rulebook you get when you try to run a business in Los Santos? One that tells you how to deal with crooked judges trying to shut down your casino to disguise their crippling gambling addiction and massive debts? 'Cause if there is, can I get a copy? Actually, scratch that. I don't wanna know how you people handle this kind of thing. Just... make it go away.”
— Agatha Baker's briefing.
“Hostile takeovers I can do. But some district judge trying to shut down the casino to cover his massive gambling debts, they don't cover that in the MBA course. I'm told there's a Los Santos way of dealing with this. I don't wanna know what that is. I'm just going to imagine his army of private security letting you in, and you both having a civilized chat, okay?”
— Alternative briefing.

Judgment Call is a Casino Work mission featured in Grand Theft Auto Online as part of the The Diamond Casino & Resort update. It is a freeroam mission given to the player by Agatha Baker.

The player is instructed to go to the judge's mansion, located on Sam Austin Drive, Steele Way, or West Eclipse Boulevard. Once there, they need to quietly take out the security guards. Once the guards are taken care of, the player needs to intimidate the judge - either by shooting near him or beating him up. He might also get into a vehicle, at which point it should be shot at (without killing the judge).

It's also possible to complete the mission without using any sort of stealth; this is best accomplished by blowing up his car in the driveway with any explosive weapon, or by shooting out its tires with a Sniper Rifle from a distance. This will force the judge to flee on foot; he can easily be caught up with and intimidated once his bodyguards have been dispatched.

Once the "intimidation" bar at the bottom right of the screen is filled, the judge will lose consciousness and collapse to the ground. After this happens, the player needs to leave the area, after which the mission ends and Agatha calls the protagonist to thank them.

“I'm grateful. And I'll be twice as grateful when you never speak of this again.”
— Ms. Baker
“Please never tell me the details of whatever just happened. And thank you.”
— Alternative call

“I'd suggest making this an unannounced visit. Keep it quiet. If his security warn him you're coming, he'll probably bail.”
— After arriving at the judge's mansion. 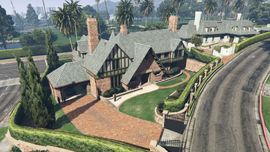 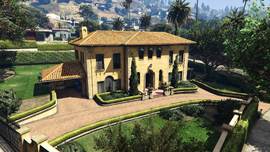