Joseph is only seen in Eye in the Sky for a brief moment. During the mission, he is having sex with a prostitute named Melisa Porche, and he is then killed by her pimp, Julio Fabrizo, due to him disrespecting the girl. When he is scanned, one can see he was charged with loitering with intent. 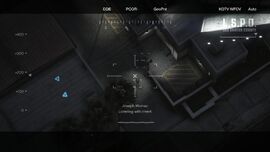 Joseph laying on the ground after being shot by Julio Fabrizo.