S_M_M_GenTransport (Pilot)
The Jet is a wide-body airliner featured in Grand Theft Auto V and Grand Theft Auto Online, albeit only being briefly seen as an uncontrollable vehicle in the latter.

The Jet takes the appearance of a Boeing 747-400, but the upper hump extends to the midsection of the frame, which is a feature of the succeeding 747-8I. Unlike its predecessor, the AT-400, the jet bears the liveries of multiple airliners present in the HD Universe, and can be frequently found servicing and stationary in Los Santos International Airport (however, those located closest to the main terminal cannot be interacted with in any way). Additionally, there is a set of taxi lights mounted on the nose landing gear, and two sets of landing lights mounted near the wing roots.

(Xbox 360 & Xbox One), or F (PC) standing anywhere under the plane, the player will then warp inside the aeroplane. 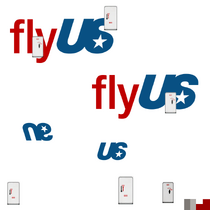 Given the Jet is a commercial airliner, it might be no surprise that, even with its weight, it still remains as one of the fastest airplanes in the game. It is faster than all of the propeller-powered planes, like the Cuban 800 or the Velum, and, in terms on speed, it can be considered on-par with the Shamal. Strangely though, a Police Maverick can keep up with it with little difficulty.

While it is obviously heavier, and thus harder to maneuver than most small aircraft, its handling is surprisingly light and unrealistic for an airliner. In comparison to the aforementioned Cargo Plane or the Titan, other two large aircraft in the game, it feels lighter than both of them, being even able to easily make barrel rolls, its larger wings also make it one of the most stable planes in the game. However, it is almost impossible to glide the Jet - with all engines lost, it can only glide for about 1-2 lengths of the fuselage before it stalls.

The Jet's fuselage is highly durable and can take a good number of shots before exploding. However, the engines are an Achilles' heel - they will explode (and in turn cause the entire aeroplane to explode) if they impact any objects with the slightest force, including any obstacles on the ground while taxiing (in fact, the jet is pretty much the only aircraft that can be destroyed by the player without leaving the ground). This vulnerability makes some of the Jets that spawn at the airport challenging to maneuver onto a runway for takeoff.

A Jet can fly with one engine damaged for a reasonable distance (e.g. from the Grand Senora Desert to the Palomino Highlands) before all engines fail.

On the other hand, due to its size, it is not the most convenient airplane for transporting the player around Los Santos. Given that Fort Zancudo is a heavily secure military base and that McKenzie Field is very small and short, the plane can only be safely landed in Los Santos International Airport. It is difficult, but not impossible, to land a Jet in Sandy Shores Airfield, and even in the latter it might be considerably challenging, since fences or large rocks might hit the engines and destroy or disable the plane.

It is difficult, but not impossible to land the Jet at McKenzie Field. To do this, the jet needs to be flown on approach following the northern coast of the Alamo Sea, and once the player is just over the buildings west of the runway, the engines should be throttled down so the Jet starts gliding. If done correctly, the jet can successfully perform a low-speed landing at the airstrip without exploding, although it is extremely difficult, if not impossible, to take off again given the amount of objects on the side of the runway.

The Jet is powered by four Turbofan/Turbojet engines which, unusually, are very loud and can drown out the radio sound, and is even louder for a player who has a higher volume level. This can be avoided by switching to first-person view, which muffles some of the engine noise, or lowering or turning off sound effects in the game options. Its mass is practically the same as the Cargo Plane and the Titan, even though it is smaller than the first one and larger than the second one. Despite its huge size, it can seat only two persons, a pilot and a passenger, as the rear section was not modelled with any form of seating, nor does have a proper interior other than the cabin. 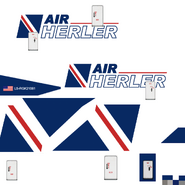 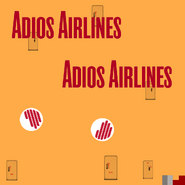 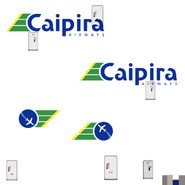 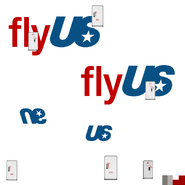 The Jet on the updated Rockstar Games Social Club.

The Jet in the cinematic preview on GTA V Rockstar Games Social Club.

A FlyUS Jet prepares for landing in the background in Grand Theft Auto V.

A Caipira Airways Jet at night with lights on.

A Jet flying near Vinewood Hills.

A Jet crashed outside Michael's Mansion immediately after completion of a mission.

Multiple Jets can be found and entered in Los Santos International Airport from the very beginning of the game:

Prior to the San Andreas Flight School Update 1.16, Jets were hard to obtain, since unauthorized entry into the airport would grant the player a 3 star wanted level, causing multiple police vehicles to pursue the player on the tarmac. If the engines of the aircraft are shot, it could potentially inflict critical damaged on the Jet. The police cruisers could also ram into the aircraft wheels and landing gear and eventually destroy them.

Since update 1.16, players have the hangar (and the dock and helipad) available from the very start of the game as Franklin and Michael, where the automatically owned Besra, Vestra and Miljet are stored. Therefore, the wanted level is now avoided and the player can freely enter the airport to steal a jet. The wanted level still occurs when entering the airport as Trevor, given he can't buy a hangar.

Jets can also be seen flying at high altitude above Cassidy Creek, although the only way to acquire one is to somehow manage to land a helicopter on its wing and enter the plane.

Compared to the original release, only a few can be found around the tarmac of Los Santos International Airport in the enhanced version. The Jet can be seen, as usual, landing onto the southernmost runway, but is rarely seen taking off and very few are found parked around the airport.

Jets will now randomly spawn while flying an aircraft high above the clouds, though it is very hard to obtain it; the player has to land on top of the Jet, then exit their vehicle without falling off or the two vehicles colliding, then hijack it. The player can either do this with a small and fast helicopter or an airplane.