The January 2016 Update[1] (also known as the Drop Zone Update) is a content update for Grand Theft Auto Online, exclusive to the Xbox One, PlayStation 4 and PC versions of the game. It was released on January 28, 2016.

The update included the later released GTA Online: Be My Valentine content.

This update added the Adversary Mode, Drop Zone, to GTA Online. It also included new supercar variants of the Banshee and the Sultan that can be upgraded and customized at Benny's Original Motor Works.

New Drop Zone Adversary Mode has been made available.

Several new clothing items were added exclusively for the Drop Zone Adversary Mode for both Male and Female characters. Those include cargo pants, bulletproof helmet, woolen gloves, and parachute bags. They are all available in ten different colors; green, orange, purple, pink, red, blue, gray, beige, white, and black. However only four of those colors (green, orange, purple, and pink) are actually used.

No new items are available for purchase at the clothing stores. 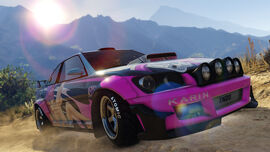 The Sultan RS in a screenshot. 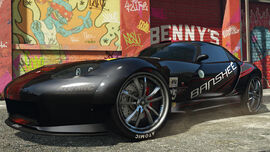 The Banshee 900R in a screenshot. 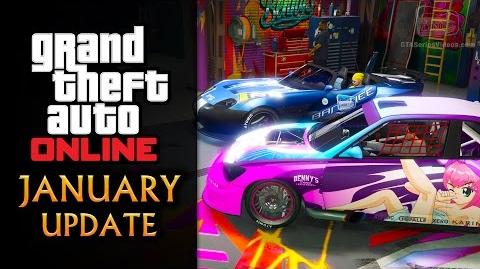