The one way street runs five blocks west-to-east. It is located in the central region of Algonquin and passes through the areas of Westminster, The Meat Quarter, The Triangle and Easton, before terminating at the entrance to an apartment complex in Presidents City on Albany Avenue. It also runs along the edge of Star Junction, passing many of the Star Junction attractions, despite not technically being part of the district, but serving as the border between The Triangle and Star Junction.

Jade Street is filled with stores and shops, as well as various landmarks, including the Daily Globe Building, GetaLife Building, Zirconium Building, Bawsaq Building, and Bismarck Avenue Building. It is also home to the Easton Medical Center and the Liberty City Services Recruiting Center in Star Junction. It has access to the Denver-Exeter Pedestrian Walkway which connects to Kunzite Street.

At its western-most intersection, the street connects directly to Union Drive West, providing access to Galveston Avenue, before continuing onto Frankfort Avenue slightly further north, and then continuing onto Denver-Exeter Avenue further south. The road serves as a east-bound diversion for south-bound traffic on Columbus Avenue at the construction site which blocks off Columbus Avenue between Jade and Iron Street completely.

In GTA Chinatown Wars, the road appears in a similar form, however the east-end cul-de-sac is committed and instead continues on, connecting with Union Drive East. 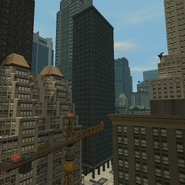 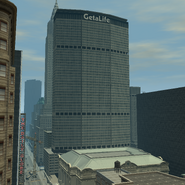 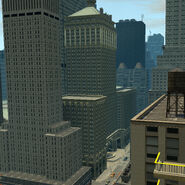 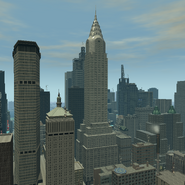 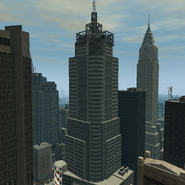 Bawsaq Building, Star Junction.
Add a photo to this gallery

Easton Medical Center, Lancet.
Add a photo to this gallery 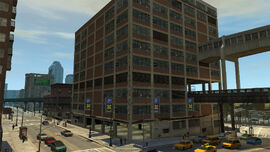 FMA Park Systems, Westminster.
Add a photo to this gallery

Retrieved from "https://gta.fandom.com/wiki/Jade_Street?oldid=1168632"
Community content is available under CC-BY-SA unless otherwise noted.