The Introduction is the zeroth mission in Grand Theft Auto Online, introducing the player to Los Santos and its surroundings. The introduction is a series of several small missions.

Before starting the introduction to GTA Online, the player has to create their own character for the game. The player can choose the character's gender, appearance (via choosing the character's heritage), lifestyle and clothes.

Main article: Mall or Nothing

The player arrives at the Los Santos International Airport where he/she meets up with Lamar Davis, who is friends with the player on Lifeinvader. The two enter Lamar's Emperor, and the player is given a pistol by Lamar.

Lamar drives the player throughout the city, explaining him/her about Los Santos and some of the people the player can interact with, such as Hao and Simeon Yetarian. The two head to Hao's place, where they are involved in racing against each other.

After the race, the player is told by Lamar to get drugs from an exchange between the Los Santos Vagos and the Ballas for Lamar's friend, Gerald. The player heads to Olympic Freeway, gunning down the dealers and taking the drugs back to Gerald's apartment at Forum Drive.

The player is introduced to Gerald by Lamar, and gives the drugs to the former. Gerald awards the player with $500 and tells the player to bring him "anything else interesting" if the player finds any.

Following the meeting Gerald, the player is told to buy new clothes. Soon afterwards, Lamar phone calls and tells the player about missions he/she can do for Lamar and other people in the city.

The player is given a mission to hold up a store, stealing its cash and escaping the police.

The player receives a phone call from Simeon Yetarian, Lamar's boss, who tells the player to take a vehicle to Los Santos Customs to make it the player's personal vehicle by buying a tracker and insurance, for free thanks to Simeon's ties.

With the deed is done, the player can finally explore the area, do jobs for Lamar and his associates, purchase safehouses and garages and rise through the ranks. 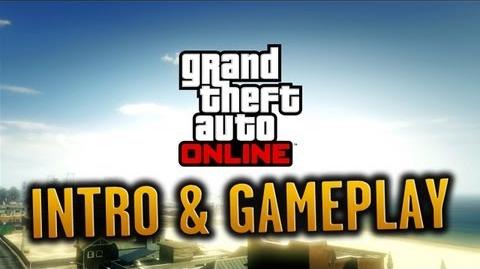