The player is given the option of playing the songs in order of the song titles or in random, or set Independence FM as a functional radio station, complete with a DJ (Gary Sheen), imaging voices and commercials between music tracks.

In order to play, songs must be free of any DRM restrictions. The game "knows" whether it has a DRM or not by checking whether the MP3 file has a "tag" within its coding that indicates a DRM restriction or otherwise.

Note: One may also use WMA files (they must also not have security restrictions) in the folder.

The iPhone/iPod Touch version of GTA Chinatown Wars introduces a similarly named Independence FM station for custom music tracks. As of the version 1.1.0, players must create an iTunes playlist titled "GTA", assigning the playlist to the game and allowing the game to randomly play songs within the playlist. It's unknown how the Android version handles the custom soundtrack resulting in removal of setting it as the default radio station in version 1.0.1. But just like any other radio station in Chinatown Wars, it doesn't have a DJ. 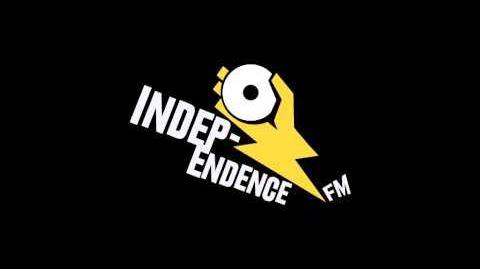 Retrieved from "https://gta.fandom.com/wiki/Independence_FM?oldid=1241365"
Community content is available under CC-BY-SA unless otherwise noted.