In the Air Tonight

In The Air Tonight

Reni on her fourth sex change.

Phil: "Everything's good. I think. Unless Barry's got any more surprises in store."
Barry: "Hold on, mucker. You are gonna have to stop giving me a hard time."
Phil: "OK. No worries. You stop making people try to have me killed and I'll stop complaining about it."
— Phil Collins discusses his recent mob troubles with his manager Barry Mickelthwaite

Reni has completed her fourth sex change and Phil Collins is going to perform his concert. Victor arrives at the hospital in Ocean Beach Reni asks him to drive her to the airport because she is now wanted dead by the Mendez Cartel.

Victor takes Reni to the airport terminal avoiding Diego Mendez's goons. Victor quickly drives over to the Hyman Memorial Stadium in Downtown to protect Phil whilst he performs his concert.

Upon arriving, Phil is already on stage and his manager, Barry Mickelthwaite, states his fear that Giorgio Forelli's hitmen will attempt to assassinate Phil. Vic heads further inside the stadium and spots someone trying to sabotage the lighting rigs. Vic, who has been forced to leave his weapons outside the stadium, fights off the attackers with his fists and Phil completes his concert intact.

Once the concert is over, Vic congratulates Phil and Barry agrees to pay Forelli the money he owes him.

The reward for completing the mission is $3,000 and the mission Light My Pyre is unlocked. The player can also purchase a ticket for Phil Collins' concert by paying $6,000 at the stadium at any time. 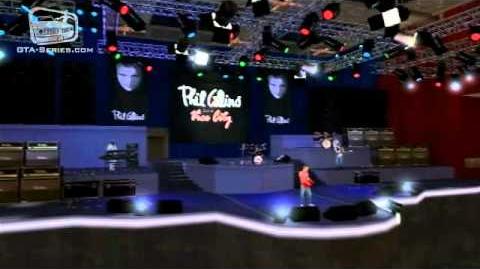