"What's the matter with this city? They're always towing people's shit!"
―Carl Johnson

Impounded was a cut mission in Grand Theft Auto: San Andreas, which was deleted before the game's release. The mission would have taken place after the High Stakes, Low Rider mission, where CJ gets a phone call from Cesar, then Kendl suggested that he would invite CJ over to get to know him better.

According to the phone call prior to the mission, Kendl requested that Cesar and Carl "hang out". The player is then directed to find a low-rider and bring it to Cesar's house. In the cutscene, Carl and Cesar socialize while Cesar gets his tools ready to tune up Carl's low-rider. Kendl then shows up and the three of them talk, until Cesar suggests that he fix his car. The three then realize that the car has vanished, and the player is directed to steal the car back from the Police Impound at Pershing Square.

This is the unused script from the mission:

(When arriving at the Impound)
Cesar Vialpando: "This is it, CJ!"
Carl Johnson: "A'right man, thanks, I guess I can take it from here."

(Inside the impound)
Cop: "Hey, this is police property!" 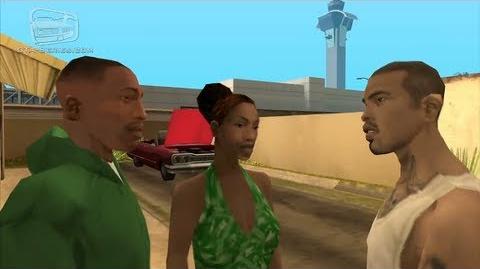 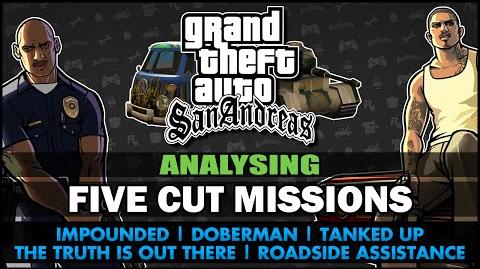 Retrieved from "https://gta.fandom.com/wiki/Impounded?oldid=1193361"
Community content is available under CC-BY-SA unless otherwise noted.