Standard White - 100%
“You've dreamt about the ultimate super electric sports car. Now here you are, reading an app, seeing it in the carbon fiber flesh and wondering if it can really be true. It can. The Overflod Imorgon - your electric dreams turned reality. And not the bad, naked and losing your teeth dreams either. We're talking the flying and having parents who are proud of you dreams. You're welcome.”

The Överflöd Imorgon is a two-door electric sports car featured in Grand Theft Auto Online as part of the continuation of the The Diamond Casino Heist update, released on January 9, 2020, during the Imorgon Week event.

The Imorgon is based on the Gumpert Nathalie methanol-electric sports car. The headlights have a similar setup to the ones found on the Aston Martin Vulcan, while the rear vents seem to be inspired by those of the first generation Audi R8.

The front end of the car features a plastic bottom splitter spanning the entire width, while the area above has various meshed intakes on the upper and lower halves, triangular ducts on the edges and a smaller intake above the upper half. On the upper area, the car bears the manufacturer emblem on the centre and black headlamp housings on the edges, each one having LED-like high-beam strips on the inner sides and four main units on the outer sides. The bonnet has an elevated profile and opens to reveal the battery cell, which bears numerous badges displaying its name and the manufacturer emblem on the centre.

The sides of the car are defined by the rounded fenders and the thin exit vents located between the front arches and the doors, while the lower sides have straighter lines at the bottom of the doors, creating a concave profile above the plastic skirts. The glasshouse area has black trim around the windows and on the inner separations, with the doors having plastic rear-view mirror shells near the A-pillars. The area behind the cabin has a sloped profile and has a large rear window, while the rear section features a spoiler by default.

The rear end of the car is predominated by a black plastic panel, where the upper area has a single curved red lamp spanning the entire width, the central manufacurer emblem below the lamp, the turn/reverse lamps on the edges and the badges beside the reverse lamps. The lower portion of the panel bears a dedicated central section with the license plate and exit vents on the outer portions, each one having three horizontal separations. Further down to the bottom, there is the exhaust tubes and a plastic diffuser with four blades.

The interior of the car is the same one from cars like the Nero, the Nero Custom and the XA-21, but uses the dial set from the Raiden (a combination also seen on the Neon). The crown emblem of the manufacturer can be seen on the horn cap and on the headrests.

The car's bodywork is prominently painted in a primary colour, while the roof, the A-pillars and the interior stitching are painted in a secondary colour. A trim colour is also available for the interior, being applied on the dashboard, horn cap, doors and seats. It shares the same rim design as the Lynx and can support a dedicated wheel colour, although only naturally-generated examples from Content Creator may have one. 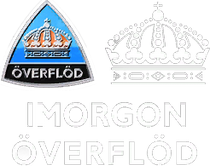 The Imorgon is the first electric vehicle to possess both excellent acceleration — as seen in other vehicles such as the Raiden and Voltic — and impressive handling, with its high downforce allowing for very high-speed cornering with little to no traction loss. Together with its acceptable braking, these attributes make it formidable in niche situations with very few straights and frequent cornering.

Where the Imorgon suffers is on any straight. Even for an electric car, its top speed is underwhelming, struggling to get past 107 mph on flat road. This is slower than a vast majority of the Sports class, and puts it in range of cars such as the Penumbra in this respect. Additionally, while certainly impressive, it is marginally outpaced by the Neon in terms of acceleration.

The Imorgon is powered by a large battery with the same model as the one from the Cyclone, as well as an internal combustion engine that starts upon reaching a moderate speed. The Imorgon is unique in that it has been programmed to drive similarly to a hybrid, having a 2-speed gearbox as opposed to the single-speed transmission seen in all other electric cars, together with an all-wheel-drive layout with equal torque distribution. At lower speeds, the vehicle emits a unique rumble upon start, but is smoother on higher revs (easier to heard by accelerating while holding the handbrake button). At higher speeds, the internal combustion engine starts and remains active as long as the player keeps revving it up, which produces a high-revving and smooth sound that is a higher-pitched variation of the one used in the T20 and the Tempesta. Interestingly, the battery shakes in the same manner as most internal combustion engines, as if the combustion engine is below it. 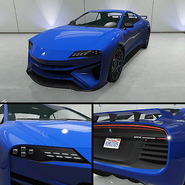 The Imorgon on Legendary Motorsport.

The Imorgon in the cinematic preview on GTA Online Rockstar Games Social Club. 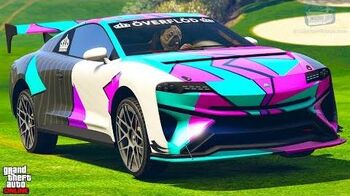