CJ threats Jizzy B. with a silenced 9mm

•Go pay Jizzy a visit at the Pleasure Domes club!

•Use the Skylight to get into the club!

•Sneak up to Jizzy, you need to get that number.

•Jizzy's escaping, Hunt him down!

•Jizzy's escaping with the phone, hunt him down!

Ice Cold Killa is a mission in Grand Theft Auto: San Andreas that protagonist Carl Johnson does independently from his garage in the Doherty district of San Fierro.

Carl goes to his garage in Doherty looking for material to make a silenced 9mm; shortly, Cesar arrives and gives Carl his own silencer. Woozie has left a message about a Loco Syndicate meeting with the Ballas, and Carl has to kill Jizzy B. and take his phone in order to find out about where this meeting will take place.

Carl drives over to The Pleasure Domes club at Battery Point and crashes Jizzy's party. After a brief argument, Jizzy attempts to escape with a bodyguard, setting the other guards on Carl; Carl manages to kill them all and makes his way outside the club. Outside, Jizzy attempts to escape, and Carl gives chase, eventually killing him and taking his phone. Carl calls Cesar and tells him to come to Pier 69, the location of the meeting, where they'll take down the Loco Syndicate.

The rewards for this mission are $12,000 and an increase in respect. The mission Pier 69 is unlocked.

Carl Johnson chasing Jizzy B. in his Broadway 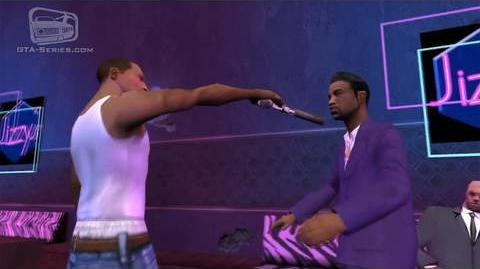 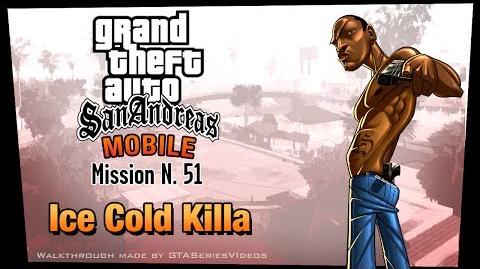 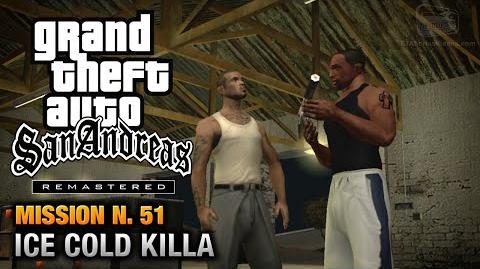