In-game time
“A gang of no-goods has threatened to remove my starring member if I don't pay them a cut. They threaten the wrong man, amigo. They have a weakness for the icecream. Pick up the bomb I've hidden in Harwood, hijack the regular icecream van on its rounds, and lure these fools to their doom with the jeengle-jeengle.”
— El Burro

I Scream, You Scream is a mission in Grand Theft Auto III given to protagonist Claude by Diablos leader El Burro from a payphone in the Hepburn Heights area of Portland, Liberty City.

Claude answers a payphone in Hepburn Heights and El Burro tells Claude that a rival gang (Forellis) are threatening to remove a starring member of an adult movie unless they get a cut. El Burro instructs Claude to pick up a bomb in Harwood and then hijack a Mr. Whoopee ice cream van and blow them up at their Atlantic Quays hideout.

Claude collects the bomb, which is located around the corner at the Borgnine Taxis building. Claude then hijacks the Mr. Whoopee ice cream van and attaches the bomb to the vehicle. After heading to the Atlantic Quays warehouse hideout, Claude turns on the horn to start the 'jeengle-jeengle'. The gang members walk out and are killed when Claude presses the detonator.

The reward for completing the mission is $8,000 and the mission Trial By Fire is unlocked. 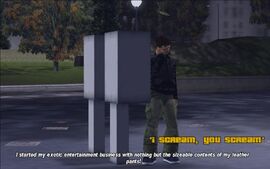 Claude picks up the ringing payphone in Hepburn Heights and is told by El Burro that several Forelli mafiosos have threatened him. 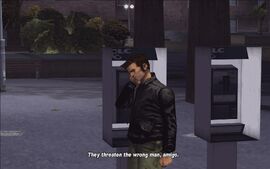 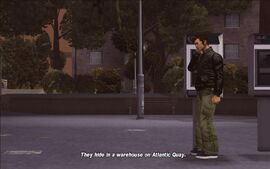 El Burro also tells Claude that the Forelli mafiosos are hiding in a warehouse in Atlantic Quays. 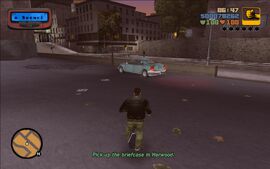 Claude is instructed to pick up a bomb case El Burro left in Harwood. 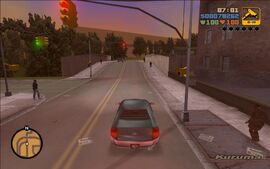 Claude nearing the location of the briefcase. 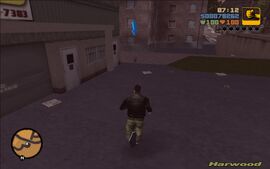 Claude about to pick the briefcase up. 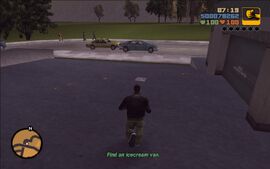 Claude is instructed to find an ice cream van. 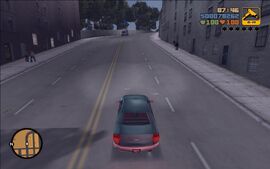 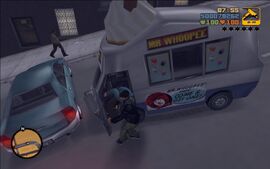 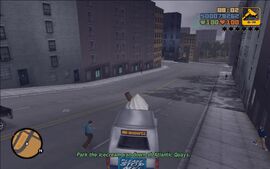 Claude is instructed to go and kill the mafiosos in the Atlantic Quays. 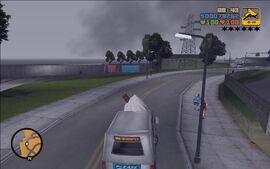 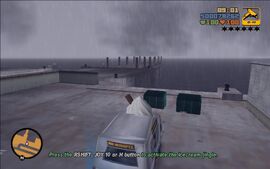 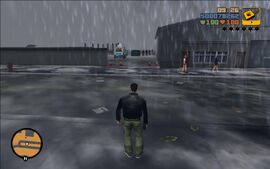 The Forelli mafiosos walking out of the warehouse to buy ice cream. 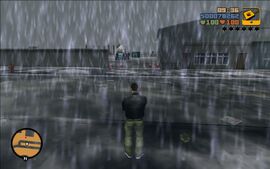 Claude blowing the mafiosos up. 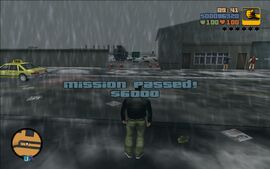 One gang member got stuck at a dumpster and did not get blown up. Claude has to shoot him to pass the mission.