View source
watch 01:54
Arcane: League of Legends - The Loop
Do you like this video?
Play Sound
For the GTA Advance mission, see Hot Wheels. Not to be confused with Cop Wheels, a mission in GTA: San Andreas.

Toni being ambushed by the police after picking up Vincenzo's car loaded with drugs in Trenton.

Money received from crushing the Banshee

In-game time
“Listen, tough guy. I need you to do me a favor. I got girls crazy for blow; I got a car full of it parked in Trenton. Go pick it up... give me a call.”
— Vincenzo Cilli

Hot Wheels is a mission in Grand Theft Auto: Liberty City Stories, given to protagonist Toni Cipriani by Leone Family Caporegime Vincenzo Cilli from his warehouse in the Atlantic Quays district of Portland, Liberty City.

Toni goes to the car and attempts to drive away, at which point the police arrive and begin to chase Toni, resulting in the player acquiring a 3-star wanted level. Toni manages to drive away from the police and uses the Pay 'n' Spray in the Red Light District to lose them. Toni drives the car to a Leone lock up in Saint Mark's and receives a phone call from Vincenzo. Toni accuses Vincenzo of setting him up, with Vincenzo angered at Toni's supposed ungratefulness after Vincenzo set him up with work and an apartment. The pair argue further before Toni quits working for Vincenzo. In a final act of vengeance, Toni drives Vincenzo's car to the scrapyard in Harwood and has it crushed.

There is no monetary reward for completing this mission except from money earned by crushing the car. The mission Salvatore's Salvation is unlocked if the player also completed Contra-Banned, No Son of Mine, Blow Up 'Dolls' and Overdose of Trouble beforehand.

The police ambushing Toni Cipriani inside the car. 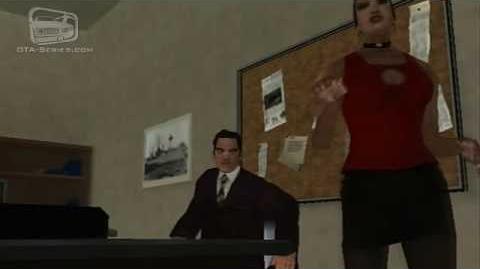 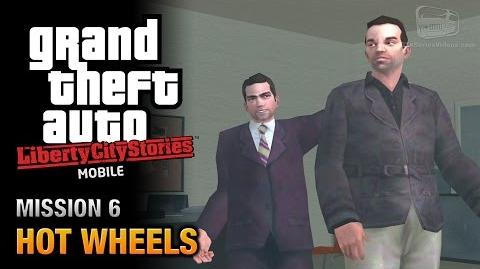