Trevor: "Did we ask for a key, or a fucking ounce?!"
Lamar: "Man, that's motherfucking drywall!"
―Trevor Phillips and Lamar Davis, after they've had their suspicions.

As said above, the mission can be introduced in either Franklin's or Trevor's perspective. The mission begins at Franklin's house, where Lamar and Denise heckle the latter for his neglect of the CGF as of late. Franklin however doesn't want to be apart of the petty gang banging in any way possible. Trevor suddenly appears out of the blue. After giving Denise a few bucks and shooing her back into the house, he says his reason for being there is to make new friends. At that moment, a drug deal sounded ravishing.

The men load themselves into the back of Lamar's van, along with Lamar's dog Chop, and head to Grove Street, where they'll do the exchange with the Ballas. After reaching Grove shortly, everyone gets out of the van and follows Lamar up to one of the houses. The dealer opens the door suspiciously as all three men are presented with a white block wrapped in plastic. Once it's cut open, Lamar gets a taste and is extremely eager to hand over a large sum of cash for it.

Trevor however, is much more skeptical. He asks if they can take a sample from the other side of the brick, but the dealer refuses to do so and instead plays hardball, emboldened by Franklin's eagerness to leave as soon as possible. As Trevor grows frustrated, he grabs onto the block and after a moment of tug of war with the dealer, it breaks in half, proving his skepticism to be correct after all; it was just a gram of nose-candy surrounding a core of drywall filler. The dealer shouts out into the street that they have a case of "buyer's remorse" on hand before quickly slamming the door.

The throbbing score violently begins to increase as more armed Ballas members appear in Felons disposed to kill the trio as Chop runs back home. In the heat of the battle, the LSPD show up to deal with the situation. Franklin and Trevor follow Lamar through a narrow alley that he found in an effort to help the men escape. As they ran towards the open water, they see the rapper MC Clip and a group of girls in colourful bikinis dancing for a film crew in front of three jet skis. After stealing them, all three men head towards the open sea.

After riding across the ocean and putting distance between them and the cops, Franklin figures that the cops would have a harder time catching them if they all split up. From there, depending on who the player is controlling, can either have all the characters go off on their own or pair up with another character to escape the cops. Depending on who the player is playing as and which way they choose to escape will either end the mission early or open up unique conversations with Trevor, Lamar or Franklin.

"MC Clip was killed yesterday after gangsters fleeing from a shootout in Davis and overran a photoshoot and shot Clip dead before escaping on some Speedophile Seasharks. MC Clip, real name Curtis Cray turned his back to gangster life 3 years ago to embrace narcissistic consumption, and was about to release a new album when he was gunned down. Experts believe this will be a great career move, especially for a rapper with messianic delusions. Police are searching for 3 gang bangers on Seasharks."

Only if MC Clip is spared

"The recent upsurge in violence continues; An MC Clip photo shoot in the Los Santos river turned nasty after three gang bangers disrupted proceedings and shot the place up. Police are searching for three gang members on Speedophiles."

Only if MC Clip is killed

"The outbreak of violence continues; An MC Clip photoshoot in the Los Santos river turned into tragedy as a shootout between rival gangs overran it; MC Clip, real name Curtis Cray turned his back on the gangster life three years ago to embrace narcissist consumption. Unfortunately, it was too late. Mr. Clip is dead."

MC Clip fan: "It's so sad to see a mouthy ego maniac die like that!"

Fighting their way out.

Screenshot of Franklin, Trevor and Lamar escaping the Police on Seasharks. 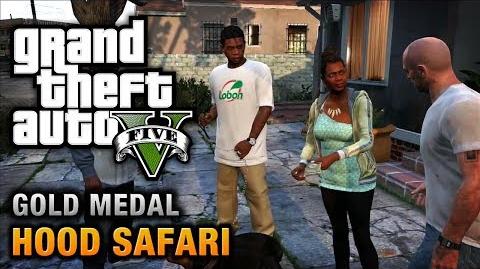 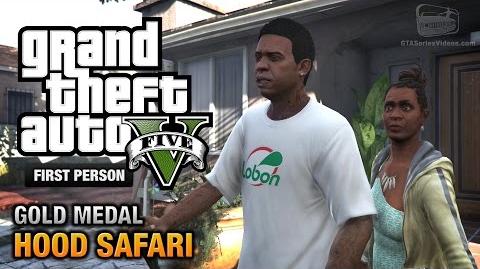 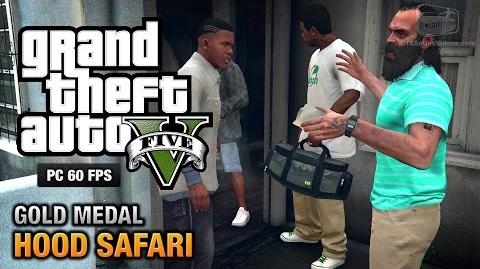