The Holiday Gifts (Most commonly known as The Christmas Update) were a set of temporary extras added to Grand Theft Auto Online.

These items were installed in the 1.08 update, but were only made available on December 24, 2013.

The items, however, expired on January 5, 2014. Another set of "seasonal treats" labelled the Festive Surprise (and the Festive Surprise 2015) were added to the game in the Christmas of 2014 and 2015, featuring all the previous masks, clothing, and snow; with some added items and features. 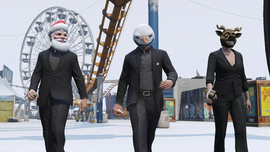 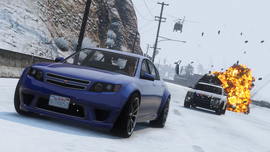