In-game time
“A local street gang made the mistake of stealing my hog... probably because of some machismo thing or somethin'. Me and the boys would go over there and teach them a lesson in respect an'all. Anyways. Then I got to thinking - this would make a good initiation for you. You get my bike back, you can tell Paul he's got his security.”

As a final favor for Mitch Baker before he agrees to handle security for Love Fist, Baker wants Tommy to get his bike back that was stolen by a gang. His bike is kept at a compound behind the Downtown Ammu-Nation. The compound is heavily guarded by several gang members. Tommy grabs a bike and uses the stairs of a close building and reaches by making a unique jump the rooftop of Ammu-Nation that allows him to enter the compound. As Tommy enters the compound, he is attacked by several gang members guarding Mitch's bike, Tommy however manages to take them out and retrieves the bike. As he drives back to The Greasy Choppers, gang members pursue Tommy with their vans but Tommy soon arrives to The Greasy Chopper, safely delivering Mitch's Angel and completing the mission.

The reward for completing this mission is $4,000 and the mission Publicity Tour is unlocked (provided that Psycho Killer was completed). 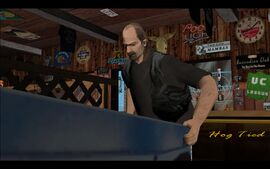 Mitch is playing pinball in the Greasy Chopper bar in Downtown. 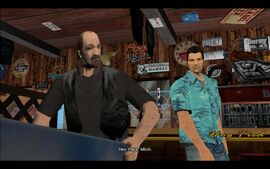 Tommy enters the bar and the two greet each other. 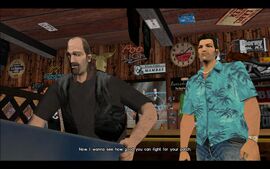 Mitch tells Tommy that the last thing Mitch wants to see is how Tommy can fight for his patch and tells Tommy that once he does this last job for the motorcycle club, he can tell Kent Paul he's got his security for the Love Fist gig. 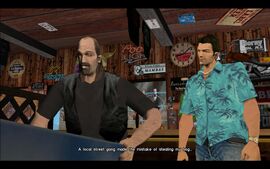 Mitch informs Tommy that some local gang of thugs have stolen Mitch's hog and that he wants it back. 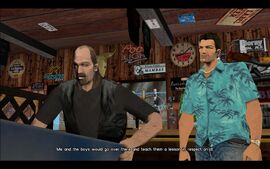 Mitch tells Tommy that he and his boys would go down to their hideout and teach those streetwannabes a lesson. 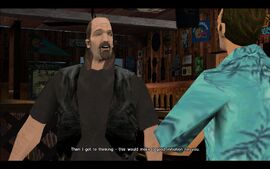 However, Mitch decided that it'd be a better idea to send Tommy to see how he can fight and handle a bike at the same time, so he instructs Tommy to go and get his bike back. 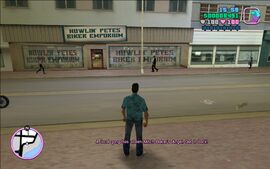 Tommy has to go and get Mitch's chopper back. 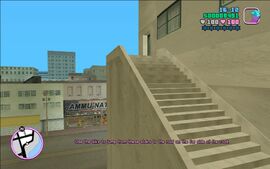 The thugs' hideout is behind the Ammu-Nation and the best way for Tommy to get inside is to jump into it through a stairway just across the street. Tommy will need a fast bike to jump across... 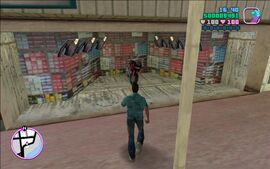 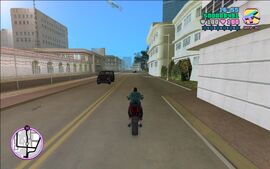 Tommy heading to the stairway near the Ammu-Nation store. 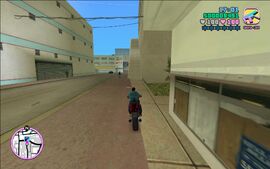 Tommy about to make the jump. 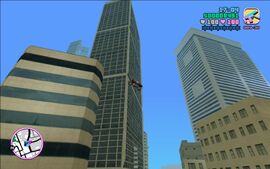 Tommy making the stunt jump to the thugs' hideout. 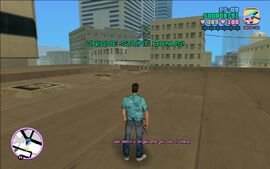 After getting into the hideout, Tommy has to find Mitch's hog and get it back to the Greasy Chopper. 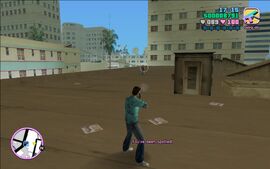 After getting spotted, Tommy is forced to shoot his way through the hideout. 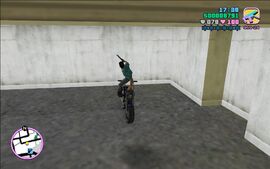 Tommy getting onto the chopper after hog tying the thugs. 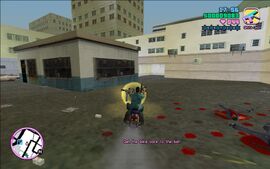 After getting the hog back, Tommy must take it back to the Greasy Chopper. 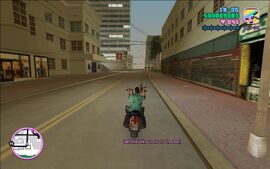 Tommy driving back to the Greasy Chopper. 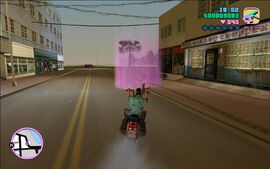 Tommy arriving back at the bar. 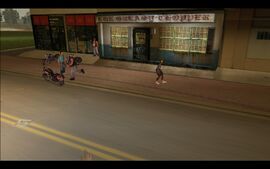 After Tommy gets back, Cougar goes outside and takes the bike somewhere else. 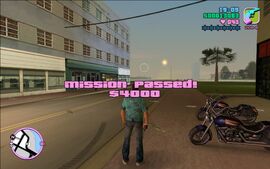 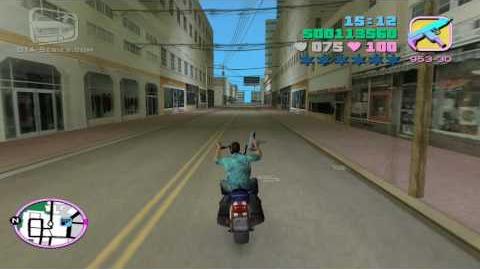 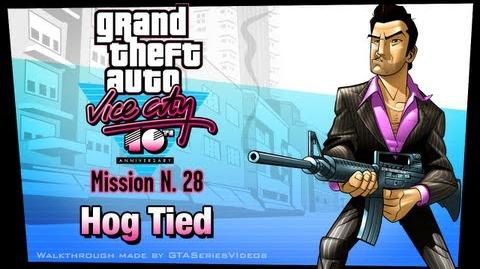