Frighteners
Shop 'til you Strop

In-game time
“Toni! Come sta? I'm glad you showed up. I want you to do something for me... If I can't get that bitch of a union boss on my side, I can sure as shit get her guys to play along. You capiche?”
— Salvatore Leone

Ho Selecta! is a mission in Grand Theft Auto: Liberty City Stories given to protagonist Toni Cipriani by Salvatore Leone from his home in Saint Mark's, Portland, Liberty City.

Toni drops by Salvatore's home. Sal tells Toni that if he can't get Jane Hopper on his side, then he can make sure that her workers are pre-occupied. Toni decides to get some prostitutes to keep them amused, and picks up six prostitutes from around the city to take to the strikers at the entrance of Portland Harbor, but must do so in six in-game hours (six gameplay minutes) before the picket line's shift changes. The locations of eight prostitutes are provided.

In most cases, these prostitutes may be found roaming in random parts of Portland, but two in Saint Mark's are currently providing services to other customers, thus requiring the intervention of the player (by killing said customers). After bringing at least six prostitutes to the strikers, the player completes the mission.

Maria Latore: Hello Fido! It's Maria. Salvatore gave me your number... well I found it in his address book. But whatever! You're his new doggy, right? Well, I want to go walkies. I'll expect you over soon.

The reward for completing the mission is $500, regardless of how many more prostitutes are brought in. The missions Frighteners for Salvatore and Shop 'til you Strop for Maria Latore are unlocked. The Avenging Angels side mission is also available from this point onwards, as Liberty City News reports on the establishment of the Liberty City chapter of the organization, although the mission cannot be activated until the Avenging Angel's Fatigues are unlocked after Frighteners. 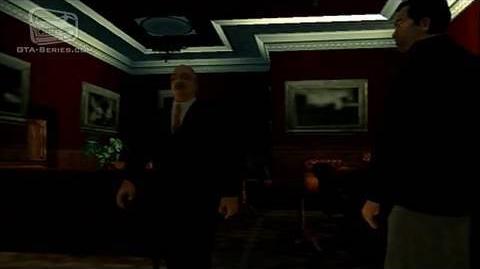 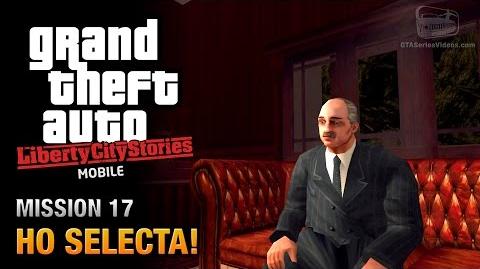