In-game time
“Alright, the courier's moving the plates from the docks today. I'm gonna go intercept them, grab the plates, lose any heat, and make my way back here. Now. Depending how well this goes, we may have five minutes to print the money before the counterfeit syndicate finds us, or we may have all year. Either way, I want green rolling off the presses five minutes after I get back. Got it?”
— Tommy Vercetti

Hit the Courier is a mission in Grand Theft Auto: Vice City given to protagonist Tommy Vercetti by Earnest Kelly from the Print Works in Little Haiti, Vice City.

After finding out about the counterfeit plates, Tommy sets out to intercept them from a courier landing in Viceport. After a brief conversation with Lance and Earnest, he leaves for Viceport. Upon arriving at the docks, he is attacked by several armed women whom he kills. He then waits for the courier who arrives in a Maverick with another bodyguard. He kills both of them, and grabs the chips. Afterwards, he returns to the Print Works. After the mission has been completed, the Printworks will drop daily $8000. 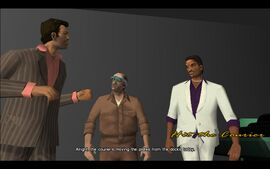 Tommy is talking with Earnest and Lance in the Print Works in Little Havana about his plans to hit the courier of the money plates he found out about recently. 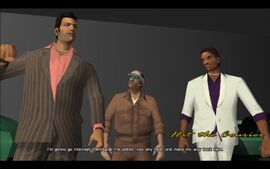 Tommy tells them that his plan is to intercept them, grab the plates, lose any heat, then take the plates back. 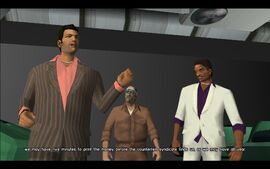 Tommy also tells them that they may have either very little time to print the money, or very much time, anyhow, he wants the money to begin printing immediately after he comes back with the plates. 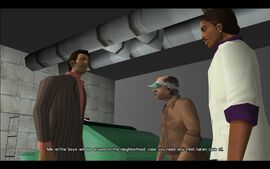 Earnest tells Tommy that they'll be ready and Lance tells him that him and the boys will be roaming the streets and will be ready to defend him if he needs it. 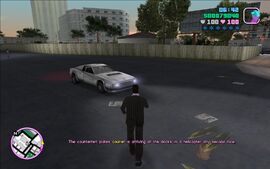 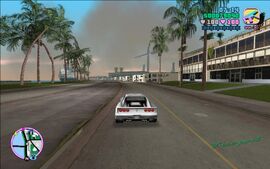 Tommy heading down to the docks in Viceport to intercept the meeting with the courier and the crime syndicate. 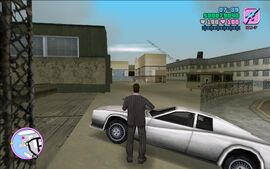 Tommy waiting at the deal site. 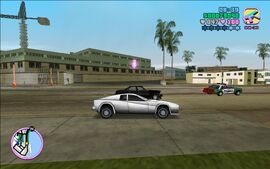 Tommy chasing the courier with the plates. 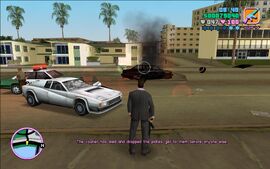 After the courier has been killed, Tommy must pick up the plates. 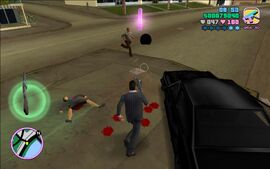 Tommy, about to pick up the money plates. After getting the plates, Tommy must take them back to the Print Works. 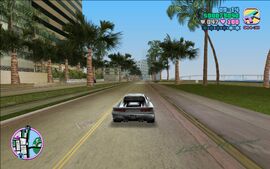 Tommy speeding back to the Print Works. 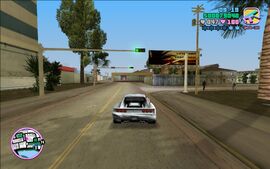 Tommy returning to the Print Works. Getting the money plates has put Tommy ahead of everyone else in the city; he can now print his own money, which gives him infinite wealth. 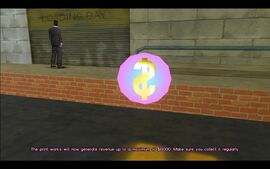 The Print Works will now regularly generate a revenue of up to $8000, which Tommy can collect from the front of the building. 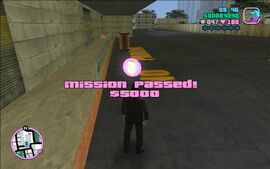 The interior with printer that can be accessed during the mission, seen by looking through the wall using a Rocket Launcher.

Inside the building, entered via a trainer.

The interior in its' whole.