Hit from the Tong

Zhou Ming and his bodyguards

• ­Use the lift to get onto the building.

• ­More of Zhou's bodyguards are here. Take them out.

• ­Use the lift to get onto the next building.

• ­Eliminate the last of Zhou's men.

• ­Use the lift to get onto the final building.

Salt in the Wound

Why the hell would I betray the Triads? I was going to be the boss!
— Zhou Ming

Hit from the Tong is the final mission in Grand Theft Auto: Chinatown Wars given to the protagonist by Zhou Ming from the construction yard in Castle Garden City, Algonquin.

It is recommended that the player have an assault rifle/carbine, minigun, SMG and such WMD's to do this job before start.

Once the player has walked into the yellow chevrons to start the mission, destroy the gate lock (using the pen on the touchscreen for DS, tapping the shoulder buttons for PSP, using the touchscreen in the iPhone/Android version). After the lock is broken, walk in and two Triads will approach Huang. After the cutscene finishes, a bunch of Triads will attack. Kill all of the Triads, and go to the back of the construction site to encounter Zhou in the middle of the three buildings. After another short cutscene, Zhou enters a helicopter and more Triads attack, eliminate them and proceed over to the first elevator. After breaking the lock and going to the top of the building, Zhou will proceed to attack Huang in his helicopter.

The helicopter is invulnerable to everything but rockets, so grab the Rocket Launcher nearby and fire at Zhou. After hitting him one time with a rocket, he will use the helicopter's gatling gun against the player, be careful to not be in his line of fire when he used it. After a second hit, Zhou flies off, when he does this, head down to the ground, where more Triads are waiting, kill them and go to the top of the second building. Following the same technique as before, hit Zhou a few times to make him fly away. After this, head down to the ground again and defeat more Triads. After they are killed, head to the top of the third building to face Zhou one last time. When Zhou's helicopter health bar is completely depleted, the mission is complete as Zhou is sent falling to his death when Huang descends down the building.

The reward is $1000 and if Clear the Pier has been completed, Salt in the Wound is unlocked.

"I went after that 'master criminal' Zhou: His treason had to be punished - and I wanted to kick his ass.

He thought he could lie his way out of getting what was coming to him.

Guess not. It was a long way to the ground, and he screamed all the way." 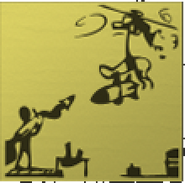 Hit from the Tong

Zhou Ming about to die in the helicopter crash.
Add a photo to this gallery 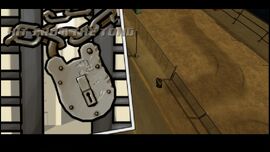 Breaking into the construction site where Zhou is. 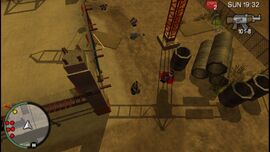 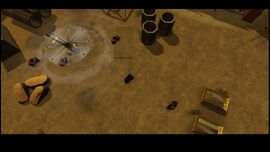 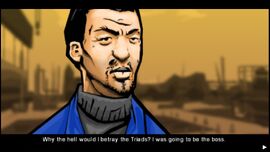 Zhou tells Huang that he would never betray the Triad. 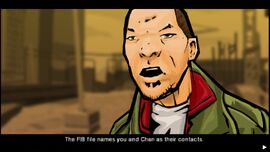 Huang says that the FIB files name him and Chan as their contacts. 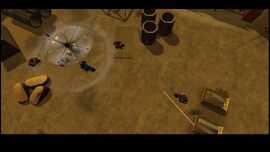 Zhou enters the helicopter and his bodyguards start attacking Huang. 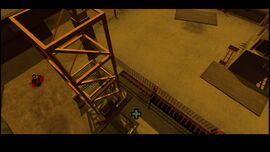 After eliminating them, the player must proceed over to the first elevator. 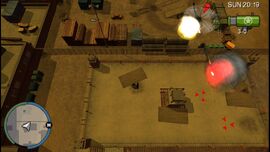 The helicopter is invulnerable to everything but rockets, so the player must get the nearby Rocket Launcher and fire at Zhou. 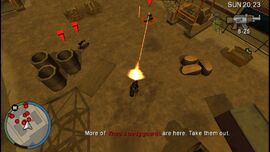 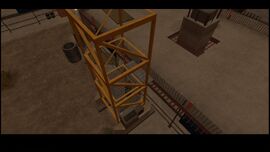 Proceeding to the second elevator. 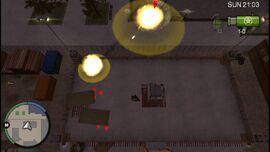 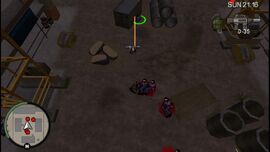 Killing Zhou's last bodyguards and wiping out the Ming Family once and for all. 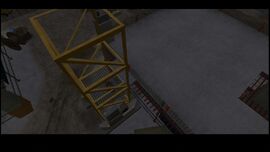 Going to the last elevator. 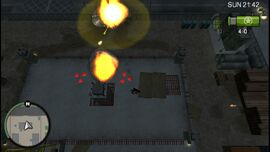 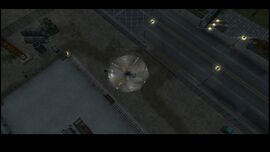 The last shot makes the helicopter lose balance and spirals it out of control. 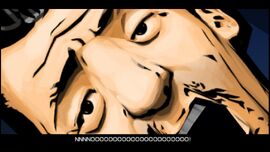 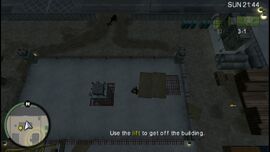 After killing Zhou, the player must use the lift to get off the building and finish the mission. 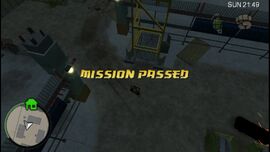 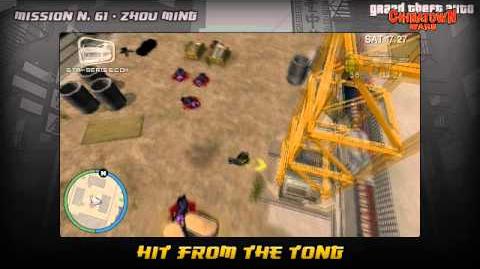 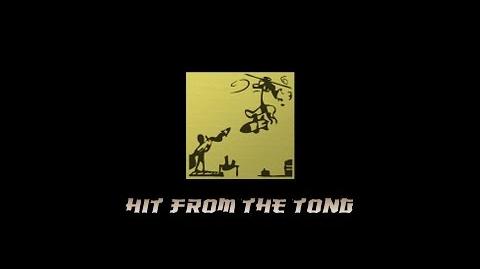 Retrieved from "https://gta.fandom.com/wiki/Hit_from_the_Tong?oldid=1320267"
Community content is available under CC-BY-SA unless otherwise noted.