In-game time
“I got something I need help with - a list of Ballas got to get clapped. You take of the dudes in the order I give you, they ain't going to get wise to it. Any deviation, the thing is blown. It's Big T, Little T, Small F and Terrance. Get to it, you goin' get paid.”
— Description

Hit 'Em Up is a mission in Grand Theft Auto Online given to the player by Gerald. It is available from 1-4 players.

Gerald has a list of four members of the Ballas gang that he wants to be killed. He also wants them to be killed in a specific order so the gang doesn't get wise before completion.

Big T is behind the New Do Barber Shop on Mirror Park Boulevard. He is being guarded by many members of the Ballas and Rednecks, although only Big T needs to be killed to advance.

The team now has two real-time minutes to get to the Hydro Plant on Route 13 before Little T leaves. He is the passenger in the front vehicle of two that are driving north. Only Little T needs to be killed to advance.

After killing Little T, the team has two real-time minutes to go to the farm on Baytree Canyon Road. Small F is there, being guarded by members of the Ballas and Rednecks. Only Small F needs to be killed to advance.

After killing Small F, the team has three real-time minutes to get to the Derelict Motel in Sandy Shores. Terrance is there, guarded by members of the Ballas and Rednecks. This time, Terrance and all of the Ballas at the motel need to be killed. Once they are all killed, the mission is completed. 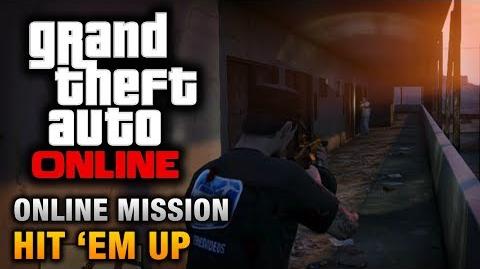