Charley Tucker
“I'll drive for you if, and only if, you can drive properly. Leave me alone - and I'll never forgive you.”
— Hilary King

Hilary King is an expert driver, owning a Sabre Turbo. He often works with Phil Cassidy and Cam Jones. The trio is hired by protagonist Tommy Vercetti to rob Vice City's bank.

“See, he has abandonment issues. Seems he won't work for anyone who can't beat him. Something to do with his momma.”
— Phil Cassidy.

The Vice City Police Department believes that Hilary had been raised in a stable home. Hilary is a compulsive eater. He is also a neurotic and highly dependent driver who worked with arms dealer Phil Cassidy and safecracker Cam Jones. It is also stated that Hilary has a history of abandonment issues. According to Phil, his mother has something to do with it.

“You want Hilary, mister. Not some smart-talking law school chump. Hilary's the real deal. You ain't never seen anyone drive so fast.”
— Phil Cassidy recommends Hilary to the heist job.

In 1986, after being recruited by Tommy Vercetti to a bank heist alongside Cam, Phil Cassidy points Tommy in the direction of Hilary King, as Tommy was looking for a getaway driver for a bank heist - however, Phil also states that Hilary won't work for Tommy unless he'll beat him in a race.

Tommy meets up with Hilary, who drives a Sabre Turbo, in a meeting arranged by Phil. The two start their race around Vice Beach, while being chased by the VCPD for illegal racing. Tommy ends up victorious, and gains Hilary's services.

“Hey guys! Get in! I got you covered!”
— Hilary's last words before his death.

With his team for the heist is complete, Tommy explains to Hilary and the other robbers the plan to rob El Banco Corrupto Grande, bank of Vice City, as well as telling each one their parts within the heist. The four robbers then drive to the bank, with Cam mocking Hilary during the ride for "taking up too much room".

When they arrive near the bank, Hilary is ordered by Tommy to wait for a signal by driving around the block whilst he, Phil and Cam rob the bank. The bank heist turns deadly when the group is attacked by several SWAT teams.

Outside the bank, they keep fighting the SWAT members. Hilary shows up to save his fellow robbers, attempting to help them by shooting at the SWAT team. However, they return fire, killing Hilary almost instantly.

“I'll drive for you, but please, treat me bad.”
— Hilary agrees to help Tommy.

Hilary is emotionally unstable, due to many issues with his mother during his childhood. He is neurotic, suffers from some sort of distress, and lacks self-confidence, although he becomes much more confident when it comes to his driving skills, being described by Phil Cassidy as "the real deal".

He also has some history of abandonment issues, which was mainly caused by his mother, despite the VCPD claims he came from a stable family. These traumatic events from his childhood are probably the main reason for his compulsive eating, which in result made him overweight.

In addition, Hilary has a poor social life and little trust for strangers until they "prove themselves", as seen when he challenged Tommy for a race, stating that if only Tommy will win, Hilary would help him. He does, however, seem to be more friendly and casual to people he already knows, such as Phil or Cam Jones.

Cam: "Tommy. Hilary's taking up too much room!"
Hilary: "I'm not!"
Cam: "Are too!"
—Cam Jones mocking Hilary for his weight.

Hilary is an overweight man. He wears a light purple t-shirt, grayish-blue jeans and white shoes. He has ginger hair and wears glasses.

During the bank heist, Hilary wore a laurel green jumpsuit with gloves and white sneakers. He also wore a hockey mask to cover his face. 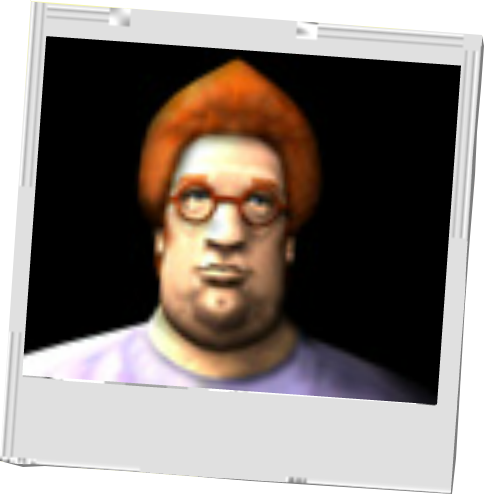 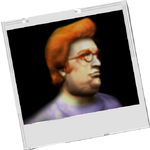 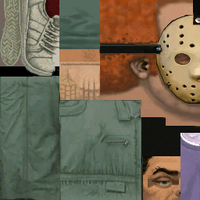 Jimmy Borges, a character from Miami Vice, who Hilary holds some resemblance to.