The collection of hidden packages in the series is considered a side quest of sorts as the player is given the opportunity to amass rewards by collecting as many of these pickups as possible. However, hidden packages are typically placed in concealed locations or hard-to-reach places, making the task of collecting them fairly difficult.

In each game they appear in, there tends to be a total of 100 hidden packages scattered (only 15 in GTA V). The packages are also cosmetically different in each appearance:

Mike standing beside a hidden package in-game in GTA Advance.

In GTA Liberty City Stories, hidden packages appear as large spinning keychains fashioned as hands in a sign of the horns gesture.

In GTA V, the hidden packages appears as briefcases.

In GTA III, collecting each hidden package awards the player $1,000, while following games only award $100. Special rewards are also offered for finding each tenth hidden package, and a large monetary reward is provided upon collecting all packages.

Due to the benefits of collecting hidden packages, it is considered advantageous to the player as they will have immediate access to crucial weapons and pickups, as opposed to having to go to individual pickup locations or spend money at a weapons shop to obtain often costly weaponry and equipment.

Collecting all hidden packages is also a requirement for 100% completion of each game.

Hidden Packages appear in Grand Theft Auto V, however, they are a bit different. 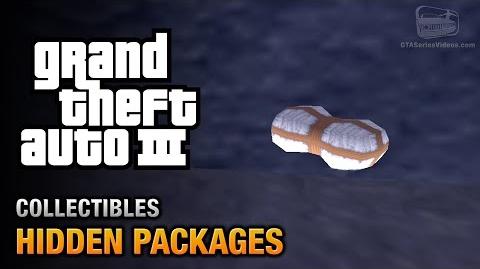 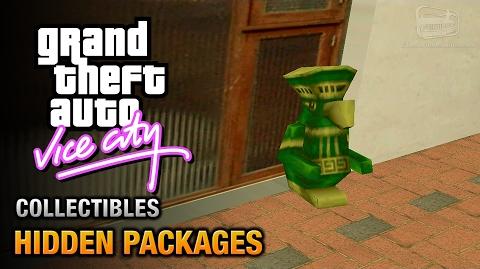 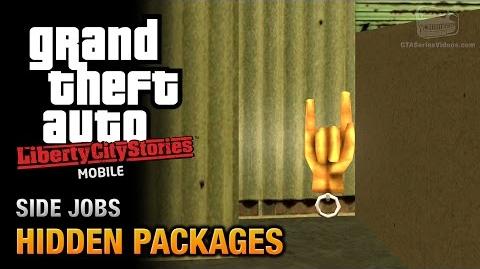 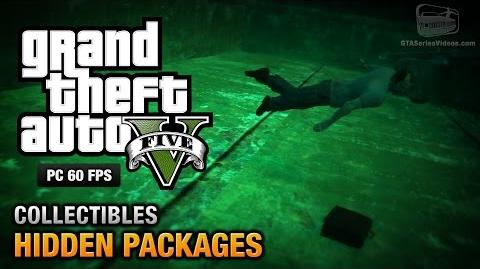